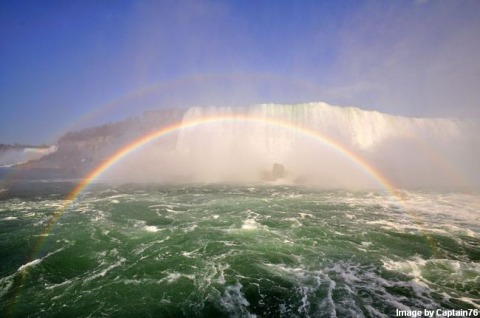 For some years I have been building a case about moral knowledge, moral denial, and the revenge of conscience.  In this new series, I will simply and concisely put all the pieces of the argument in one place.  It will run only on Thursdays, with posts on other topics several other times a week.  This is all copyrighted, of course.

The Same for All

In the Summa Theologiae, First Part of the Second Part, Question 94, Article 4, St. Thomas Aquinas – asking whether the natural moral law is the same for all men – makes the very strong claim that “the natural law, as to general principles, is the same for all, both as to rectitude and as to knowledge.”  Let’s unpack this statement to see why it is so astonishing.

To say that the general principles of the natural law are the same “as to rectitude” means that they are right for everyone.  For example, just as it would be wrong for me to murder, so it would be wrong for you to murder.  This claim is already quite strong, and a good many people in our time consider it pretty dubious.  We hear every day that “what’s right for you may not be right for me,” and that this is why we must not “judge” anyone else’s acts by our own standards.

If St. Thomas is correct, then no matter which kind of denier we are speaking of – whether the universal denier, who denies that there are any true moral universals, or the particular denier, who denies particular true moral universals such as the wrong of adultery or murder – the denier knows better.  Though he may give seemingly rational accounts of his objections, he is unreasonably resistant to solutions, because the obstacles that prevent him from acknowledging true moral universals lie less in the realm of the intellect than in the realm of the will.  He may even desire to concoct intellectual obstacles, because they give him a pretext for refusing to admit to himself that he knows what he does, in some sense, know.

And if this in turn is true, then we have an enormous problem.  It implies that a good portion of contemporary ethical and meta-ethical debate is not carried on in good faith.

But we are getting ahead of ourselves.  Here I am worrying about the implications of the proposition that persons who deny true moral universals know better, when I have not even presented any reasons to think that they do, in fact, know better.  Some people would say that I am even further ahead of myself than that, because I have not established that St. Thomas really means what I say he means when he states that the general principles of the natural law are the same for all as to knowledge.

Here then is what I propose.  First I will reply to possible arguments against my interpretation of St. Thomas’s claim; then I will present objections to his view and offer replies; then a more general argument for thinking that he is right; then why it is so important that he is right.  Finally I will return to the question of what to do about all of this.