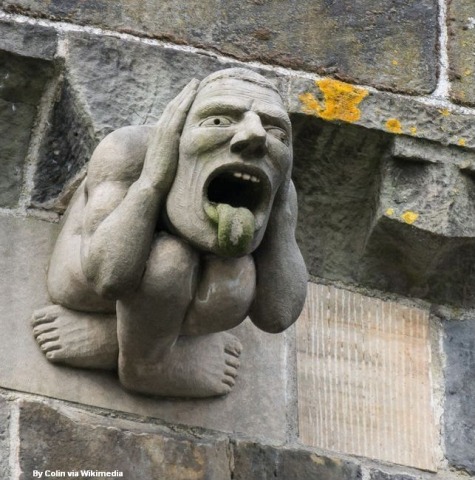 Here is a little secret that you can get cancelled for telling:  So called sex change doesn’t change sex.

Among other things, the brain is already indelibly stamped male or female.  Injecting  hormones does not erase the stamp, and amputation of the genitals or breasts does not affect the brain at all.  We might as well say that if I have my vocal cords severed, my limbs surgically altered for running on all fours, and my skin stimulated to grow a pelt, I will be a fox.  No, I will be only a mutilated man.

For details you can see the notes at the end of this post, but brain physiologists tell us that large parts of the brain cortex are thicker in women than in men.  Ratios of gray to white matter vary, too.  The hippocampus, which plays a role in memory and spatial navigation, takes up a greater proportion of the female brain than of the male brain.  On the other hand, a certain region of the hippocampus is larger in the male.  A variety of neurotransmitter systems work differently in men and women.  The right and left hemispheres are more interconnected in female brains than in male ones, and the corpus callosum, which links them together, is larger.  The amygdala, involved in emotion and emotional memory, is larger in men, but the deep limbic system, which is also involved in emotion, is larger in women.  Sex-related differences between the hemispheres exist for other brain regions as well, including the prefrontal cortex, involved in personality, cognition, and other executive functions, and the hypothalamus, which links the nervous system with the endocrine system and has some connection with maternal behavior.

External circumstances, such as chronic stress, act on male brains differently than on female.  Brain diseases diverge in men and women, not only in frequency, but in age of onset, duration, and the way they manifest themselves.  Even the neurological aspects of addiction differ between the two sexes.

Is carving people up and pumping them full of chemicals going to change all that?

By the way, although we should always be compassionate, compassion does not lie in encouraging souls who suffer delusions about their sex to sink even deeper into delusion, and to dope and mutilate their bodies.  The evidence does not even support the claim that persons who have had so-called sex change surgery are happier after the damage is done.  Thinking that happiness is getting what one wants, they often believe that they will be happier, but by and large all their former psychological problems persist.

One of the best and largest studies, carried out in Sweden, found that “Persons with transsexualism, after sex reassignment, have considerably higher risks for mortality, suicidal behavior, and psychiatric morbidity than the general population.”  A man who eventually had his sex change surgery reversed writes poignantly, “Nothing made sense.  Why hadn’t the recommended hormones and surgery worked?  Why was I still distressed about my gender identity?  Why wasn’t I happy being Laura?  Why did I have strong desires to be Walt again?”

May I make a modest suggestion?  Let’s stop calling it “kindness” to tell lies to unhappy people.  It may make us feel good, but it shouldn’t.

Larry Cahill, “His Brain, Her Brain”

On the Meaning of Sex