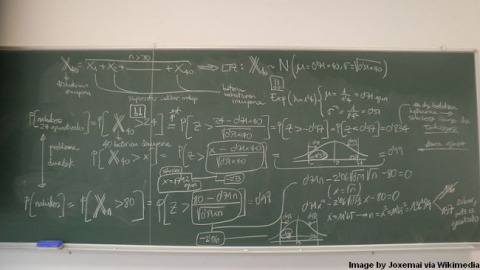 I wasn’t planning to post today, but my eye was caught by the news headline, “There’s a New No. 1 In Presidential Rankings.”  Based on a new Pew Research Center study, the article breathlessly reports that Mr. Obama is now more popular than any other recent president.

Pew is a careful polling organization, and no doubt this is an accurate report of what the survey respondents said.  However, such a finding means almost nothing.  Take a look at the following chart.  Does anything arouse your suspicion? 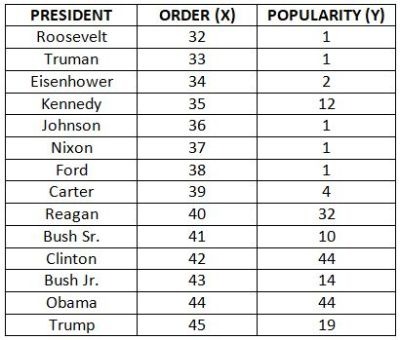 Right.  The popularity of recent presidents is largely a function of how recently they held office.  The lesson:  People have short political memories, and even shorter historical memories.

You will probably never see me do it in this blog again, but to find out just how strong the relationship is, I performed a few statistical tests.  Based on the data in the table, the correlation between a president’s popularity and how recently he held office is about .69.  This means that the amount of variation explained by the relationship about 47%.  (If we run the statistics again without Mr. Trump, so that we are only considering presidents no longer in office, the amount of variation explained is even greater -- more than half.)

If you’re like me, perhaps you would rather have a picture.  Here is a plot of the data.  The horizontal axis is the order in which the president held office, and the vertical axis is his popularity according Pew.  The line shows the relationship.