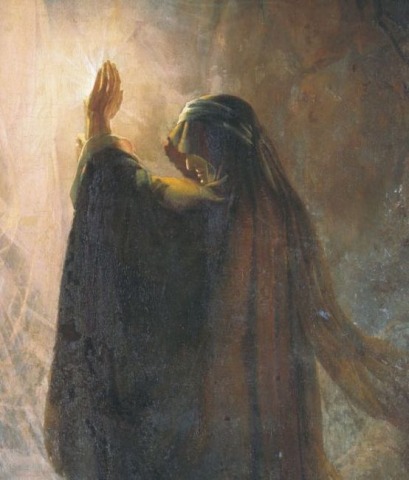 In studying Old Testament law, I am repeatedly struck by the fact that often what seems weird and obsolescent is not only realistic but very up to date.  Deuteronomy commands the Hebrew people as follows:

“When you come into the land which the Lord your God gives you, you shall not learn to follow the abominable practices of those nations.  There shall not be found among you any one who burns his son or his daughter as an offering, anyone who practices divination, a soothsayer, or an augur, or a sorcerer, or a charmer, or a medium, or a wizard, or a necromancer.  For whoever does these things is an abomination to the Lord; and because of these abominable practices the Lord your God is driving them out before you.”

It would be unwise to consider ourselves above all that weirdness.  Although we no longer sacrifice our sons and daughters by fire to the gods of fertility, we sacrifice them by knives to the gods of sterility.  As to the rest of the practices mentioned, it is immaterial to the validity of the precept whether people can really tell the future, speak to the dead, or cast evil spells.  Those who think they can – both practitioners and clients – do a great deal of harm even in the present life.  Moreover, they are ruining not only their own souls but also those of others, by promulgating false beliefs such as the omnipotence of fate and the associated denial of personal responsibility.  Their purpose is to gain favors, or attain mastery, by placating false gods, conniving with evil powers, and perverting the course of nature.

Do you think I exaggerate?  Curiously, the high-tech forms which charms and wizardry sometimes take today are not usually recognized for what they are.  A person who ingests hallucinogens because they make him feel divine, more than human, or in touch with another world, is really practicing what used to be called mediumistic sorcery.  Similarly, a man who uses the “date rape” drug Rohypnol to induce a woman’s sexual compliance is employing what used to be called a love philtre.  The authentic means of contacting divinity are to pray and practice charity, and of cultivating love, to be kind and chaste.