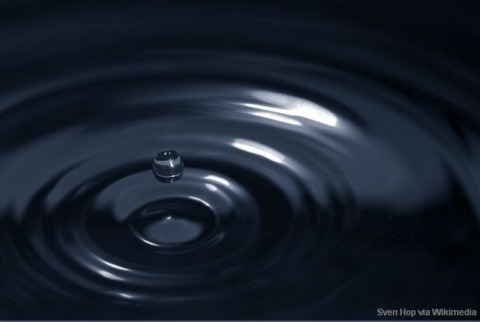 Having seen the "Query" posts on your blog, I was hoping you might take one from me!  I have an unshakable sense that we are all endowed with immortal souls.  However, I’m puzzled.  Our souls are immortal in a future-facing direction, but are understood to have distinct points of origin in time. From whence do they arise? Are they perhaps derived from the very substance of the Creator himself in some ineffable manner, or do they originate from, as it were, a void of nothingness?

I've cautiously approached two Christians about this.  Neither was able to offer a particularly cogent answer; the gist was “We are but humble humans, and that must remain a wondrous and holy mystery."  Maybe that’s fair, but it feels like a bit of a punt.  I have been influenced by the Vedic sage, Sri Aurobindo. but I'm wondering whether Thomas Aquinas might have pondered the issue.  I hope this isn’t a dumb question.

Your questions aren’t at all dumb.  Taking them in turn:

1.  From whence do our souls arise?

The soul is the form or pattern which makes the difference between a human body and a human corpse.  Our souls are created directly by God.  They are not made from anything that already existed, but brought into being immediately, at the same time they are infused into bodies.

2.  Are they perhaps derived from the very substance of the Creator himself?

No.  You know that I am a Christian; by faith, through the grace of Jesus Christ, I am assured that God dwells in me.  However, He isn't the same as me, He isn't a part of me, and He isn't a "higher" me.  I am made in His image, but I am not Him.  I’m not the same as Him, I’m not a part of Him, and I’m not a "splinter" of Him.  Nor will I ever be, even though I hope one day to see Him face to face.  He doesn't depend on anything else, because He is what everything else depends on.  He can't be explained by anything else, because He is what everything else must be explained by.

3.  Or do they originate from a void of nothingness?

Depends on what you mean.  When we say that God created us ex nihilo, “out of nothing,” we don’t mean that nothing is some kind of stuff from which He fashioned us.  Rather we mean that until He created us, we were not.

By the way, this reflects another of the fundamental differences between God and us.  We produce things from pre-existent matter, as a farmer grows his crop from the seed, a sculptor molds a statuette from clay, or an engineer assembles a mechanism from parts.  God does not produce; He creates.  He does not require pre-existent matter.  Until He made matter, there wasn’t any.  It is said that Friedrich Nietzsche once hurled at God the challenge, “I too can make a man.”  God replied to Nietzsche, “God ahead and try.”  Nietzsche took a fistful of dust and began to mold it.  God said, “Disqualified.  Get your own dust.”

Thomas Aquinas writes, “To say that the soul is of the Divine substance involves a manifest improbability.”  Why so?  He explains that sometimes the human soul is actualizing its powers, but sometimes they merely lie fallow.  By contrast, in God, nothing lies fallow; everything that He can be, He always is.

In St. Thomas’s view, the error of thinking that our souls are made of God’s substance probably arises from two other errors, which have been around for a long, long time.

One is the mistake of thinking that God, and our souls, are both matter – both stuff -- so that the stuff of our souls was made from the stuff of His.  However, God is not matter.   Several reasons can be given why He couldn’t be, but the simplest is that He is the first cause of all things, the reason for their existence.  Matter – stuff -- could not be the first cause of all things, because it has whatever form it takes only because of something else, not from itself.

Some mistaken thinkers do grasp that God is not matter but spirit – so far, so good.  But they make another mistake, thinking that just as man’s soul is the form of his material body – let us say, the pattern of an embodied human life – so then God is the soul of the whole world, the form of the entire material universe.  According to St. Thomas, the main problem these thinkers have is that they fail to recognize the differences among different kinds of spirits -- in this case, human souls and God -- except in terms of their relationship to bodies.

Why is that wrong?  Because although we and God are certainly different, the difference is not that we have a different relationship to our bodies than He has to “His body.”  In His own Being, He doesn’t need a body.  The Son chose to incarnate Himself in Christ -- but that was a free act for our salvation.

This should give you a start!  If you want to read St. Thomas himself on these questions, begin with the Summa Theologiae, First Part, Question 90, Article 1, “Whether the soul was made, or was of God's substance?”  You can find the whole Summa online.