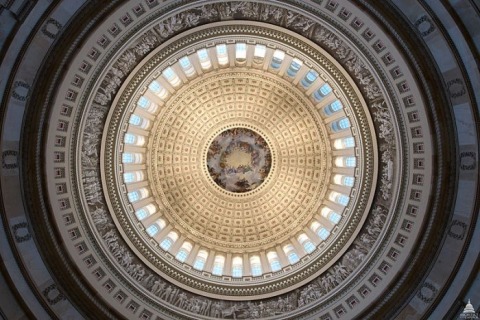 The two First Amendment religion clauses are often described as though they were in conflict, so that they have to be “balanced” against each other.

This is a manufactured problem.  If you think that the purpose of the Free Exercise Clause is to encourage the practice of religion in every possible sense, but that the purpose of the Establishment Clause is to keep religion from being vigorous enough to influence politics, then of course you will think they are in conflict.  But what do the two clauses actually say?

The Free Exercise Clause does not say that the government should encourage the exercise of religion in every possible sense.  What it says is that Congress must not prohibit it.  That’s all.

The Establishment clause does not say that the government should keep religion from influencing politics.  What it says is that Congress must not make laws concerning official churches, like the Church of England.  That’s all.

There is no conflict whatsoever between saying that the national legislature must not prohibit the practice of faith, and saying that it must not make laws concerning official churches.  Conflict arises only when you try to make the clauses mean more than they do.