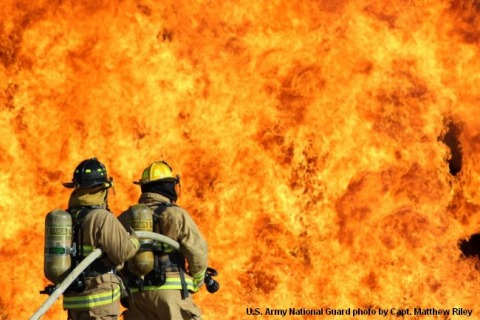 A fireman races into a burning medical clinic.  He finds there a flask of frozen embryos, but also a five-year-old child.  He can’t carry them both.  Who should he save?  Most people – including most pro-life people -- would say “the child.”  According to abortion advocates, this proves two things.  First, it is supposed to show that not even pro-life people really consider an unborn child equivalent to a born child.  Second, it is supposed to show why killing unborn children is okay.

Something is wrong here, but I can’t tell what.  Can you help me think this one through?

Sure.  Both inferences are false.  To begin with the second, what is done in this scenario isn’t analogous to an abortion.  In an abortion, you are deliberately killing someone.  In the fire in the clinic situation, you are saving someone, but you can’t save both, so you have to choose which one to save.  So what we think of story of the fire tells us nothing about what we should think about abortion.

As to the first inference, it isn’t even remotely true that if you choose to save the five year old, then you must consider an embryo to have less value than a born child.  To see why not, consider several alternative scenarios.

Scenario 3.  There has been a battle, and many soldiers are injured.  There is only one doctor, and not enough medicine for everyone.  So the doctor divides the injured into three categories.  In category 1 are those who are so gravely injured that they will probably die no matter what he does.  In category 2 are those who have intermediate degrees of injury, so that they will probably live if he gives them medicine, but not if he doesn’t.  In category 3 are those who have light injuries, so that they will probably live no matter what he does.  The doctor decides to give medicine only to the persons in category 2.  He will try to make the persons in categories 1 and 3 comfortable, but will not give them medicine.  Most people would think he did the right thing.  Does their judgment imply that they think the lives of mortally injured and lightly injured persons have less intrinsic value than the lives of persons who are seriously but not mortally injured?  No.

For a clincher, several pro-life writers have pointed out that the original story – the one about the little girl and the flask of embryos -- can be modified so that even the advocates of abortion tend to make the opposite judgment.  Suppose there has been a worldwide super-pandemic, and the flask of embryos is the human race’s only chance of survival.  In this case, wouldn’t most abortion advocates say that the fireman ought to save the flask of the embryos?  Now ask:  Would their making this judgment imply that they think the lives of embryos are intrinsically worth more than the lives of born children?

No.  Just as before, all human lives are equally precious, but when not all can be saved, we have to consider other factors too.  Inequality has nothing to do with it.  I hope I’ve answered your question!