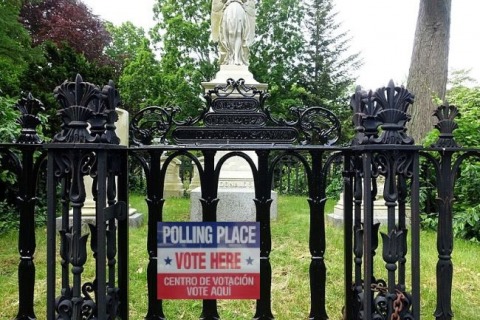 The Justice Department is threatening those states which are trying to make sure that only eligible citizens vote.  Now that fraud has been declared nonexistent, and legal protection against one-sided massive fraud is being abolished as "voter suppression," it doesn't take a prophet to see where things are going.

Though it may take a few more election cycles to develop, there will be an arms race in the weaponry of balloting.  Instead of one-sided massive fraud, we will have an avalanche of two-sided massive fraud.  There will be revolutions in the technology of flimflam.  The genuine votes of living people will be unimportant.  Elections will be decided by who can get more dead people to the polls.

It is sometimes remarked that elections are not only a way to choose rulers, but also a way to shape the character of the citizens.  True.  Bear in mind that duplicity is like that too.