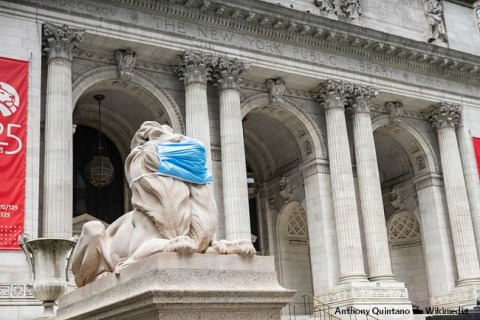 I received this letter at the beginning of autumn, when the Covid regulatory regime was somewhat stricter.  We have had vaccines for some time, the Omicron variant seems much milder, and recovery from it seems to provide some protection against more serious strains.  Nevertheless, restrictions are tightening again, so the exchange may still be of interest.

I work at a Catholic diocesan school in a state in which masks must be worn in all schools (including parochial ones).  My school is complying and we enforce it as a rule for students.  Now, these students have not been wearing masks all summer. They do not wear them during lunch or when outside.  I doubt more than a few if any wear them outside of school, where they are not required.

Given this, it seems absurd that the masks would have any overall effect on public health.  Does that imply that this law is out of accord with reason?

Further, is there a greater good in obeying this law because it will allow the school to remain open to provide academic and Catholic education with less difficulty than if the bishop decided to oppose this law?  I've told some of my students that we must be willing to suffer for what is good and true, even if we suffer the relatively minor impairment and discomfort of face masks for the sake of school.  Yet I can't help but wonder if the better course would be to suffer the fines and legal prosecution rather than accept and promote such an absurd rule.

If you have a suggestion on how to resolve this, I'd love to hear it.

Public authorities have lost so much credibility that mandates are becoming unenforceable, so your problem may not last long.  Then again it might, so let’s work through the issues.

Surely you’re right that the student masking rule is unlikely to have any effect on the spread of the virus.  Moreover, some people have health conditions, such as asthma, which make wearing masks inadvisable.  Although some areas with mask mandates allow exemptions for health reasons, others don’t.  I suggest that overzealous regulators are motivated not so much by public health as by less creditable desires, such as giving themselves cover when nervous people say they aren’t doing enough.

To explain:  There are two degrees of severity in unjust laws.  Those which are unjust because obeying them would require formal cooperation in moral evil must be disobeyed; for instance, one would have to disobey a command to commit murder.  Those which do not require formal cooperation in moral evil yet are nevertheless unjust because (1) they serve private interests rather than the common good, (2) they are made without proper authority, or (3) they violate the formal norms of justice, may be disobeyed – except perhaps when the harm caused by disobedience is even greater.  The two kinds of harm which disobedience might cause are scandal, which means acting in such a way as to discredit good behavior (even if unintentionally), and disturbance, which can mean anything from causing riots to causing confusion.

So in principle, unjust laws are not true laws at all, but frauds, imposters, phony laws – things that are called laws, but aren’t.  However, it doesn’t necessarily follow that I may disobey.  One kind of phony law must always be disobeyed; about another kind, one must exercise judgment.  Your case, as I think you recognize, would be a type two phony law.

I can’t substitute my judgment for yours -- but since you ask, I would say that in your case the burden of wearing the mask is exceeded by the risk of scandal.  In fact, the risk of scandal is twofold.  One part of the scandal has to do with your teenage students, since teens are not known for discernment, and you don’t want to give them the impression that laws in general do not have to be obeyed.  The other part of the scandal -- I think the greater one -- is that the school and the Church might be discredited in the eyes of the public and so become vulnerable to official retaliation.  You can imagine how this would go.  Those religious nuts won’t obey the law!  They don’t care about the spread of disease!  Let’s shut down their schools once and for all!

It’s also a good idea to remember that even though public policy concerning Covid seems to have been motivated more by panic, desire to look good, and sheer enjoyment in making people do things, than from a genuine and well-grounded concern with public health – still, there is a difference between finding a law unreasonable, and considering it so crazy that no reasonable person could deem it reasonable.  For this reason, we should probably require the irrationality of a law to meet some threshold of obvious insanity before we consider disobedience.

The more extreme Covid-era restrictions do present occasions for valid civil disobedience – lots of them.  For example, if the State tells the Church that she can’t celebrate Mass or hear confessions, the Church should patiently explain the injustice of the commands, but then tell the State “You are free to arrest us if you wish, but we must obey God rather than man.”  I wish more of our bishops had been brave enough to act like this -- some were!  In my opinion, however, just having to wear a mask in the classroom doesn’t rise to that level.

By the way, the risk of scandal is not necessarily fixed.  If some teachers in one school disobey the law without explaining their reasons, the scandal is probably great, because they will seem like mere hooligans.  If all teachers in all schools disobey the law and fully present their reasons, the risk of scandal may be lessened.  That’s the approach Martin Luther King took to the risk of scandal.  Rather than saying “If disobedience would gravely risk scandal, then don’t disobey,” he said “See if you can figure out a way to disobey that won’t so gravely risk scandal.”  Thus, his protesters announced what they would be doing, did it peacefully, explained why they were doing it, and accepted the legal punishment, showing that they recognized the necessity of law which is truly just.

In the case you describe, though, reducing the risk of scandal would be an uphill battle.  Why?  Because everyone knows that the Church does not possess any special medical expertise.  Not only that, the press will inevitably misrepresent her actions.  There is such a thing as unavoidable scandal, but this isn’t it.  We don’t want her to lose credibility as a teacher of morals and doctrine, which she is qualified to teach, because she is going out on a limb regarding epidemiology, which she is not qualified to teach.

All this is terribly distressing.  So many of my own students have been misinformed, believe everything they hear from biased sources, and are terrified of dying.  I even see them wearing masks outside on windy days when no one is anywhere nearby.  As for myself, I am one of those who find it difficult to breath while wearing them, and I detest the mandates.

For a teacher like you, there is an upside.  In fact, there are two of them.  First, the situation presents you with a grand opportunity to discuss civil disobedience with your students.  Most don’t know that it was the Angelic Doctor, Thomas Aquinas, who developed the first systematic account of when unjust laws may be disobeyed – the one I’ve been following in this letter.

Second, the occasion gives you a wonderful opening to discuss what is really important in life.  Health is good, but is it the greatest good?  If people really thought that any human cost whatsoever is worth bearing to prevent any risk of a single death – as some do claim to believe  -- then they would be calling for the evacuation of all towns and cities, and for the abolition of trains, planes, boats, and automobiles.  There are worse things than catching a virus, and saying so doesn’t mean that you want everyone to die.

Between Man and Man:  Friendship, Law and the Common Good