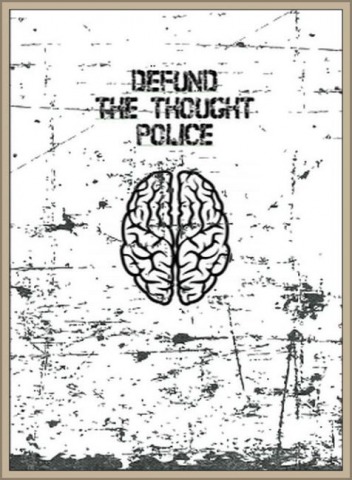 As part of the settlement of a case filed by the nonprofit group Speech First, the University of Texas has agreed to dismantle the oppressive “Campus Climate Response Team,” which, among other things, encouraged students to inform on teachers and on other students who expressed opinions that offended them.  Afterward, Texas Governor Greg Abbot tweeted that “Political correctness is being ended at the University of Texas at Austin.  UT agreed to disband its absurd PC police and end policies that suppress speech on campus.”  That’s a little too optimistic, but even so this is very good news.  Apparently it has gone international; read on.

From a highly informed reader in the People’s Republic of China:

Dear Professor, Happy New Year!  Greg Abbott said that political correctness was being ended at UT.  It reminds me that you ironized the PC placard in your blog post at spring 2018.  Could you permit me translate this article and post on my social media?  God bless you, God bless America.

I would be very glad for you to translate the article and post it in your social media.  In my country, we have a saying:  “You like to live dangerously.”  God bless you, your family, and all the Chinese people.

In the Year of Our Lord nineteen-seventy, I graduated from high school and matriculated in paradise.

Or so it seemed for a while, because every second person at my university fancied himself a socialist, just like me.

Maybe not just like me.  It was confusing, because there seemed to be so many different kinds of socialists:  The SWP, the IS, the YPSL, the SDS, even a few sure-enough Maoists, peddling their newspapers and trying to look like industrial workers.

Each kind of radicalism had its own buttons.  That was confusing too.  One popular button demanded “Free Huey.”  What was Huey?  Was it slang for marijuana, like “Mary Jane”?  I’d met some people at an antiwar march who thought the government should provide free marijuana.  It took a long time to figure out that Huey was a who, not a what.

In fact it was difficult to get people to explain anything.  I tried asking a fellow in my dormitory who was sporting an IS button how the beliefs of his International Socialists were different from those of all the other organizations.  He didn’t understand me.  I rephrased the question.  He still didn’t.  I tried again.  A light came into his eyes.  Faster than I could take them in, he shot off three or four slogans, like bullets.

The only one I still remember is “All power to the people’s soviets.”

Never mind that there weren’t any people’s soviets.

It was heresy, I know, but I couldn’t help thinking of Party members using Newspeak in George Orwell’s 1984.  Newspeak, you remember, was a compressed version of English, developed by the State to make critical thought impossible.  In the Orwellian world, people who could chatter it swiftly and proficiently were called “doubleplusgood ducktalkers” because they sounded like more like ducks than like people.

I thought of that fellow again the other day as I was talking a walk through my neighborhood.  Buttons are out among students, but yard signs are in among hipsters.  This one has been sprouting like mushrooms:

IN THIS HOUSE, WE BELIEVE:

NO HUMAN IS ILLEGAL

Having matriculated, as I said, in the Newspeak world, I humbly attempt to translate these sentiments into English.

Women’s rights are human rights.  What this doesn’t mean:  That women are human.  Of course they are.  What it does mean:  That unborn children aren’t, and if you think they are, you must think women aren’t.

No human is illegal.  What this doesn’t mean:  That it should never be illegal to exist.  Of course it shouldn’t.  What it does mean:  That if you think any form of border control is allowable, your view is tantamount to genocide.

Science is real.  What this doesn’t mean:  That well-conducted science can discover some things about the real world.  Of course it can.  What it does mean:  That ideologically influenced science should be accepted without question, so if you ask for better evidence, you’re opposing science itself.

Love is love.  What this doesn’t mean:  That love should be respected.  Of course it should.  What it does mean:  Everything motivated by sex is good, and if you have any reservations about that, you’re against love.

Kindness is everything.  What this doesn’t mean:  That we ought to practice the virtue of kindness.  What it does mean:  That if you don’t agree with all of the preceding slogans, you must be full of hate.