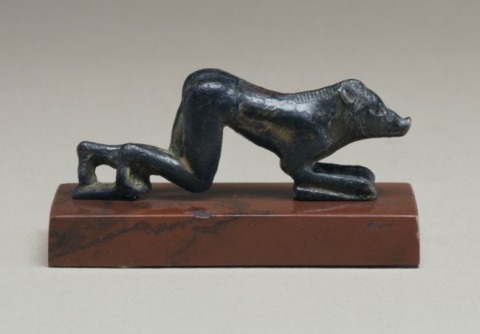 Why does the Old Testament include all those ritual purity rules?  Are they just arbitrary taboos?  There is nothing intrinsically wrong with consuming the blood of an animal, or wearing a garment woven of two different kinds of fiber, is there?

The assumption behind these questions is that nothing should be forbidden unless it is intrinsically wrong.  A moment’s thought shows that this assumption is incorrect.  There is nothing intrinsically wrong with driving on the left; in some countries they do drive on the left.  But it would be harmful for vehicles to drive both on the right and on the left, so in each country the law chooses designates one side of the road for vehicles and prohibits driving on the other.   The fact that the law could have chosen a different possibility doesn’t make its decision arbitrary.

In the language of the natural law tradition, there is a term for this sort of thing.  The requirement of driving only on the right is said to be a determination of the more general requirement to drive safely.  We could say that it pins down the particular way in which safe driving is to be achieved among a particular people.

In much the same way, the Old Testament ritual purity rules are determinations of the more general rules which direct man to God.  They pin down the particular way in which that was to be achieved among the chosen nation.

One could think of these rules as a divine educational program.  For example, the prohibition of consuming blood separated the Hebrew people from the surrounding pagan nations who drank the blood of their victims, and taught them to abhor the shedding of human blood.  In turn, the pouring out of blood in animal sacrifice dramatized the fact that they owed God their very life, and foreshadowed the sacrifice of Messiah.

A more puzzling case is the trio of prohibitions in Leviticus 19:19, which prohibits allowing different kinds of animal to mate (for example a horse with an ass), sowing a field with more than two kinds of seed (for example wheat and barley), or wearing cloth made from two kinds of fiber (for example linen and wool).  What purpose do these three determinations serve?  Many have been suggested.  But considering what the trio have in common, couldn’t one of the purposes of the divine pedagogy in their case have been to nurture respect for the order of creation, and to militate against contempt or disregard for natural boundaries?

No doubt such wholesome attitudes could have been inculcated in other ways – but it would be dreadful to neglect them.  Or is such a fear unnecessary and overwrought?

Not in the least.  Consider what is already happening in our repaganized world.  The attempt to develop so-called chimaeras -- creatures brought about by crossing humans with other creatures -- is already well underway.  Several biotech companies have transplanted the nuclei of fertilized human eggs into the eggs of sows that have had their nuclei removed, and then let them begin to divide.  Other scientists have proposed blending the genetic material of humans and chimpanzees to make “humanzees” which could be used as slaves.  Such obscenities are treated as though they were all but inevitable.  Law journals carry articles about the chimaera law of the future.

I don’t propose reinstating Old Testament ritual purity rules, but the fact that Christians are released from them does not imply that the lessons the rules meant to teach are no longer true.  In fact, through the grace of the sacraments, the divine pedagogy continues.

The Jews were not free to live like pagans, disreverence life, spurn God, trespass natural boundaries, or befoul the sweet order of creation -- and neither are we.