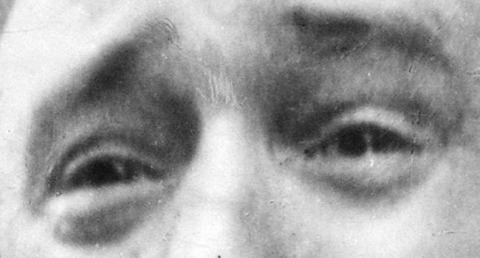 Last month I wrote about my conversation with a federal judge who told about the many defendants in his court who weep when they hear the pre-sentence report.  Subsequently I asked him for details, and here is his reply.

“Yes, I was telling you about the experience I've had on many occasions of sentencing an adult male for a crime and watching him cry over what a mess he's made of his life.  Often he has been in the county jail awaiting sentencing while a pre-sentence report is being prepared.  As a result, he typically lacks access to drugs and alcohol and has a forced period of sobriety.  Sometimes he will tell me at his sentencing that this is the longest time he's been sober in years.

“The pre-sentence reports are very thorough and include sections on the individual's family of origin, education, employment, his own children and relationships, health (including mental health and history of substance abuse), finances, a detailed account of the offense he is being sentenced for, and his prior criminal history.  I've described it as a version of the old TV show ‘this is your life.’  The offender goes over the report with his attorney before sentencing and is forced to confront what he's done to others and what its impact has been not only on them but on his own loved ones, i.e., wife (or more often ‘fiancée’), children (often multiple, each with a different mother), and his own parents.

“The result can be sincere remorse and resolve to change, often accompanied by a discovery of, or return to, Christianity.  Unfortunately, once the sentence is completed, sobriety is no longer forced but is a choice, and given the failure to form any habits of discipline and self-restraint, as well as the environment that the offender returns to, the resolve is often short-lived until age, illness or death overcomes the propensity to abuse himself and others.

“I think I also mentioned that when I read the social history, which often begins with a single mother (sometimes a child herself, alcoholic, drug addicted or all three), no father or, worse, an abusive, neglectful or criminal father (or again all three), I can't help wondering what I would be like if I had so little in life.

“On many occasions, I've thought of the old saying ‘don't remove a fence unless you know why it was put up.’  As a society, we have removed many fences over the past fifty years because we thought they were relics of an oppressive past that unreasonably restricted human freedom.  Anyone who works in the courts should be able to recognize the empirical evidence that shows why those fences were put up.  Instead of promoting human freedom, removal of the fences has robbed many, especially the poor and uneducated, of the freedom to become what human beings are capable of being.

“Unfortunately, too many people have a vested interest in the fences remaining down, and no one knows how to put them back up, even if we wanted to.”

Next time:  Undermen and Overmen