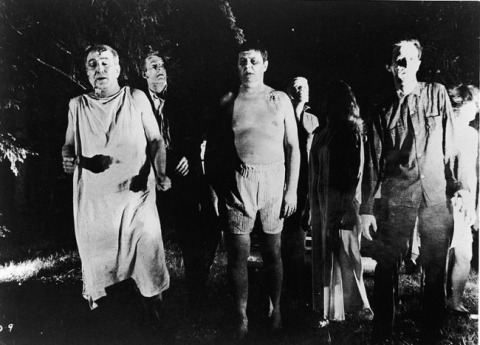 Natural law supports the preservation and restoration of natural function, but not its alteration or destruction:  For example, it wouldn’t be good to “fix” soldiers so that they never had to sleep at all.  That wouldn’t be fixing them, but ruining them.  But it would be a fine thing if we could cure narcoleptics, who keep dropping off, so that they can stay awake.

Transhumanists, who are sprouting from trees, might hijack this distinction to support their hopes of making people live forever.  For -- they might argue -- isn’t death the cessation of function, and wouldn’t immortality be its preservation?  Why not fix death too?  It’s just a disease, like narcolepsy.

You would think one experience of building “a tower that reaches the heavens” would be enough, but some people never learn.

Can such persons be answered without appeal to divine revelation, just on the basis of natural reason?  I think so.

For what would it be like to live in a world without the laughter of children, or a world in which those who hold power hold onto it, perhaps, forever and forever?  We don’t know of any way to have a truly human life without the rotation of the generations.

In the second place, even natural reason gives us grounds to believe that we were made for something we cannot experience in this life.  Endless duration in our current state would doom us to endless despair of attaining it.

Finally, we don’t need the help of revelation to know that there is something wrong with us.  Such as we are, death is not just a punishment, but a gift, a difficult medicine.  It remedies the pride of men who, by trying to become gods, become beasts.