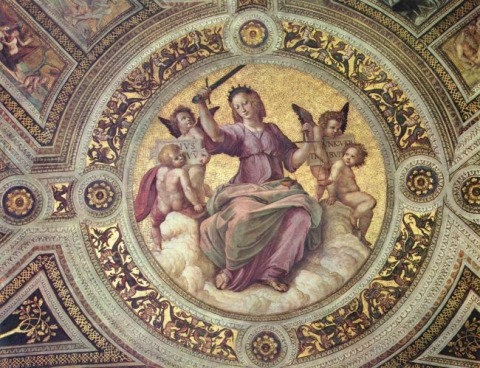 An Op-Ed piece in the Los Angeles Times begins with the dismal words, “At the start of this new semester, we face a sobering reality.  As law and political science professors, we’re in new territory: instructing our students about the foundations of constitutional law when neither they nor we have faith that the current Supreme Court will respect precedent and approach the law as the institution once had.”

It speaks volumes about near-monoculture of contemporary academia that the authors can simply take for granted that all students and all professors of law and political science share both their dismay at the direction of the Court and the leftist ideology that produces that dismay.

Leading their litany of lamentations is that “Students see a court about to overrule or gut Roe vs. Wade, a half-century-old precedent, for no reason other than that the conservatives have the votes to do so.”  “For no other reason”?  If the former remark spoke volumes, this one speaks libraries.  Apparently the authors no longer even consider themselves bound to acknowledge that social, moral, and judicial conservatives have any arguments at all for what they do.

Try the following reasons.  One might argue against them.  No doubt the authors would.  But pretending that they don’t exist is nothing but hubris.

●  Roe’s argument purporting to discover such a right in the Constitution was so badly reasoned that even many pro-abortion scholars decline to defend it.

●  Moreover, the opinion in Roe was based on a demonstrably false judicial history.  There was not a traditionally recognized right to abortion.

●  Decreeing that we may not overturn any long-established precedent, no matter how specious and unjust, reduces jurisprudence to a farce.  Among other things, it would have forbidden overturning the precedent that declared slaves to be chattel.  By the way, Roe reversed the preexisting pattern of not recognizing any so-called abortion right, and overturned the laws of all fifty states.

●  The unborn child is not a “potential” human life but a real one.  From the moment of conception, he or she is both fully alive and fully human.  We may concede that the baby is not fully developed; neither is a five-year-old.

●  Nor is the child merely a part of the mother’s body.  Though inside her body, this little being is a distinct individual with unique DNA.  Mother and child may even be of different sex and have incompatible blood types.

●  So-called “viability” is not a measure of human worth, but merely a shifting index of our medical abilities to date.  In the broad sense, not even born infants can survive outside the womb without continuous care.

●  Abortion cannot be a “reproductive right,” because it has nothing to do with enabling people to reproduce.  It is not even merely an anti-reproductive right, because rather than just snuffing out fertility, it extinguishes a life.

●  Nor can abortion be a “woman’s right.”  The purpose of human rights is to protect human goods.  The very suggestion that it could be good for mothers to set them against their own offspring is an insult to women and a setback to the cause of their dignity.

●  The raison d'être of law is the common good.  Authorizing the private use of lethal violence against the weakest and most vulnerable does not advance the common good, but despoils and overturns it.

●  All rights presuppose the right to innocent life.  If innocent human beings lack even the right to live, then there are no human rights at all.

●  Finally, abortion is murder.  No doubt the interpretation of the fine points and remote implications of the natural moral law should be left to legislatures.  But permitting the slaughter of innocents offends the most basic principles of justice, apart from which the edicts of rulers have no claim to authority whatsoever.

These reasons might have been sufficient, if only they had existed.