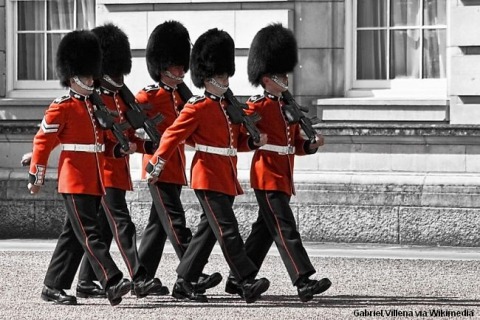 I’ve been composing a book about the application of some of Thomas Aquinas’s political and theological insights to our own time.  When I submitted the manuscript to an academic publisher, half of the editorial board was favorable, but the historians wanted me to say a lot more about things like who influenced him.

Well, I can do that, but I don’t want to show off just to appease the board, and besides, I think it would be a distraction.  You’ve been at this longer than I have.  Might I prevail upon you to share with me how you get through gatekeepers?

If the gatekeepers’ suggestions are good ones, then of course you should follow them.  But if you think they aren’t, then don’t.  You’re approaching St. Thomas’s work with the question “What might it teach us about politics?”  The historians on your board are more interested in questions like “What might it teach us about what people back then thought about politics?”  Those might be excellent and worthwhile questions, but they aren’t your questions.

So if you revise your manuscript, include an explanation of the difference between the sorts of questions you bring to St. Thomas, and the sorts other specialists might bring to him.  Explain clearly and firmly that you aren’t interested in his book because of when it was written, the language in which it was written, or who influenced him, but because you think it has something to say to us.  Call attention to why what it says is worth knowing.  That may disarm some of your gatekeepers.  It may even bring them over to your side.

Consider yourself fortunate:  At least their objections weren’t ideological.  When I submitted one of my earliest books, back in the ‘eighties, the first two external reviewers told the press “Publish!”  But although the third praised the manuscript highly, saying that I’d forced him to reconsider all of his most deeply held convictions, he declared that the book shouldn’t be published, because in one chapter I had mentioned God (just mentioned Him, mind you), and “God does not belong in political theory.”  He then went on to blame me retroactively for the massacre of the Huguenots in 1572.

But one can respond to ideological objections like that in much the same way as to the other kind.  So I did revise – but in my revision, I explained why I think God does belong in political theory, and incidentally remarked that atheistic genocides had taken many times more lives than religious wars.  Besides, it all depends on what one’s convictions are, for a person who believes that God opposes the use of violence to promote faith in Him won’t use it.  The editor was sufficiently impressed to solicit a fourth reader report, which was positive.  He pitched the book to his editorial board, and it was published.

Your gatekeepers want you to write a book more like the one they would have written.  If you do make revisions, make them in such a way that the book becomes not less your own, but even more your own.  That’s not pride.  If God condescends to allow certain insights to the historians on your board, how wonderful!  Let them write about them!  Read and learn from them!  But if He condescends to allow certain other insights to you, they you should write about yours, not theirs.  May He bless your project and bring it to the light of print.