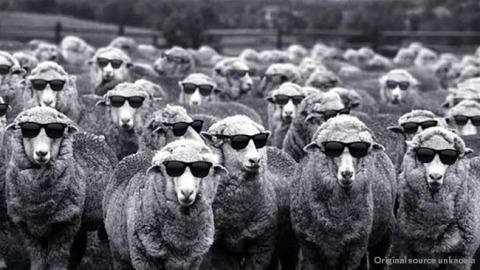 One day in class, I commented to my students that scientists and other intellectuals fall into groupthink at least as readily as other people do, and I offered examples.

The hypothesis of continental drift is now generally accepted, but during the first half of the twentieth century, most geologists considered it ridiculous.  The natural historian David Attenborough tells a story of one of his college lecturers calling it “moonshine” and sneering at him just for asking about the idea.

Or take the hypothesis of global warming.  When I was young, I was taught that we are in danger of freezing in glaciers because the planet is cooling.  Now the young are taught with equal conviction that we are in danger of drowning in melted ice because the planet is warming.  Climatology is a notoriously inexact science, much more so than geology, and it is especially difficult to tell what is really going on with global temperatures because anyone expressing less than absolute certainty is squashed.

Apparently the lesson didn’t take.  At the end of the same semester, one of the students wrote in his course survey that although I was a good teacher, he was giving me a poor teaching evaluation because I was a “climate denier.”