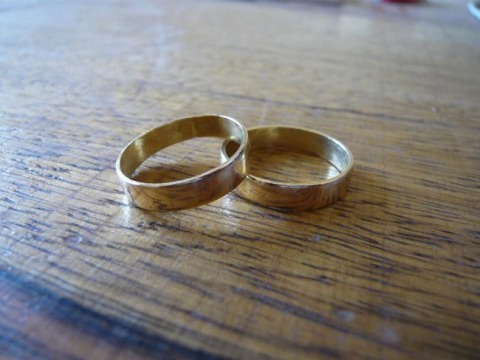 Would you please explain the relationship between romantic love and the marriage vow?  I am engaged to a smart, kind, and devout woman whom I dated for a little more than half a year before I proposed to her.  We are good friends, and according to the testimony of both of our friends and family, we make each other better people and better Christians.  The only thing missing in our relationship is romantic love.  The romantic feelings I felt towards her during the first months of our courtship have cooled into the love found between best friends and family.

We have strictly practiced chastity.  I am physically attracted to her, but I do not feel the eros that corresponds to falling in love.  As I was discerning in prayer whether or not to propose, I was torn between the knowledge that she was a good woman whom I cared about deeply and who would make a good wife and mother, and the understanding that I did not feel the type of love which is common between newlyweds.  I decided that the obvious goods of the relationship outweighed other concerns, but in the two months since, the question has stuck with me without resolution.

Therefore, my question: Is romantic love good, or even essential, for the marriage vow?  Some Catholic writers describe marriage as the culmination and sanctification of the romantic love between two people in which it is transformed into lifelong fidelity and fruitfulness in service to God.  On the other, the true purpose of marriage is said to be self-sacrifice and charity to one's spouse and children in service of God, and the desire for romantic love is a potentially serious idol which may oppose that ultimate purpose.  So what should I think?

But some people desire romantic love very much.  If they don’t experience it, they come to feel that they are missing something, and this feeling of missing something can hinder their marriages.  This is a matter of individual temperament, and a person may not be able to help feeling that way.  For that reason, I wouldn’t say that a person who does feel that way is necessarily making an idol of romantic love.  So it is important for you to try to understand if you are that kind of person.

On the other hand, not everyone is susceptible to romantic love, and even among those who are, not everyone feels that he is missing something if he doesn’t experience it.  Knowing whether you are this kind of person requires careful self-examination.  But if you are like this, then you have nothing to worry about.

Let me know if this helps.

On the Meaning of Sex at Amazon

On the Meaning of Sex at ISI Books