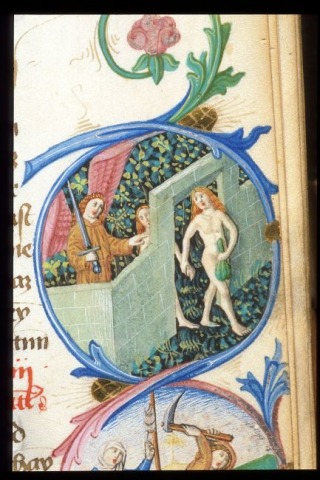 “If there really were a natural law, then everyone would know it.”

But everyone does.  As to the idea that some people only fake it:  Some certainly do fake being moral, but even to fake convincingly, they would have to have some moral knowledge.  Occasionally I’m told that sociopaths merely imitate how moral people speak.  That would be like scientific illiterates faking how physicists speak; they wouldn’t get away with it long.  The problem with sociopaths isn’t that they don’t know even the most basic principles of right and wrong, but that they don’t care.

"If there really were a natural law, then everyone would obey it.”

That’s like saying that if there really were a traffic law, then everyone would obey it.  The natural law doesn’t tell us what will happen, but what needs to happen, for beings of our nature.  It isn’t like, say, gravity; the stone doesn’t have any choice about whether it will fall.  That, by the way, is why natural law thinkers don’t call gravity a “law.”  Why not?  Because they think it isn’t true?  No, but because a law, in the strict sense, is a rule and measure of the acts of rational beings – and gravity isn’t that.