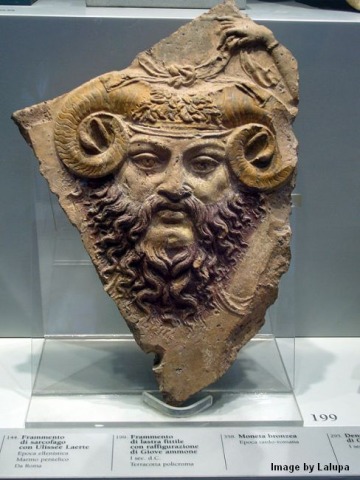 Mondays are always for replying to letters from readers.  I’ve paraphrased this letter for brevity.

After we gave her some books about Greek and Roman mythology, one of our young relatives reasoned that believing in the God of Christianity is like believing in the gods of the Greeks or Romans.  According to her, since we no longer believe in those gods, we shouldn’t believe in our God either.  How would you reply?

Comparing the mythological gods of the Greeks and Romans with the God of Christianity is like comparing beats with beets, or bells with belles -- they aren’t even “gods” in the same sense of the term.  Your young relative might reasonably have asked her question about how Mormons think of God (I say this with respect; Mormons work hard at being good people).  But it has no application to how Christians think of God.

The mythological gods were contingent beings like you and me.  They didn’t have to exist; something caused them to exist.  But the true God as Christians understand Him exists necessarily.  He can’t not be.

The mythological gods existed in the same way that you exist.  They just had more of everything.  But God is the Being above all beings.  He is the answer to the question of why there is something and not rather nothing – why anything at all exists apart from Him.

The mythological gods were products of human imagination.  But the reality of God was worked out even by the pagan philosophers, in explicit opposition to what they called the “lies of the poets.”

The answer to your question was brilliantly put by Joseph Cardinal Ratzinger in his book Introduction to Christianity:

“The early Christian proclamation of the Gospel and the early Christian faith found themselves once again [like the Jews] in an environment teeming with gods …. Wherever the question arose to which god the Christian God corresponded, Zeus perhaps or Hermes or Dionysus or some other god, the answer ran: to none of them.  To none of the gods to whom you pray but solely and alone to him to whom you do not pray, to that highest being of whom your philosophers speak.  The early Church resolutely put aside the whole cosmos of the ancient religions, regarding the whole of it as deceit and illusion, and explained its faith by saying:  When we say God, we do not mean or worship any of this; we mean only Being itself, what the philosophers have exposed as the ground of all being, as the God above all powers -- that alone is our God.  … The choice thus made meant opting for the logos as against any kind of myth; it meant the definitive demythologization of the world and of religion.

“… Of course, the other side of the picture must not be overlooked.  By deciding in favor of the God of the philosophers and logically declaring this God to be the God who speaks to man and to whom one can pray, the Christian faith gave a completely new significance to this God of the philosophers, removing him from the purely academic realm and thus profoundly transforming him.  This God who had previously existed as something neutral, as the highest, culminating concept; this God who had been understood as pure Being or pure thought, circling round for ever closed in upon itself without reaching over to man and his little world; this God of the philosophers, whose pure eternity and unchangeability had excluded any relation with the changeable and transitory, now appeared to the eye of faith as the God of men, who is not only thought of all thoughts, the eternal mathematics of the universe, but also agape, the power of creative love.”