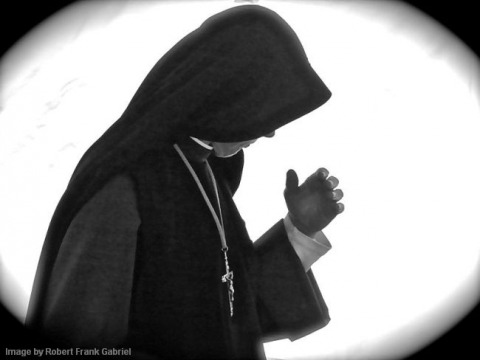 I’m a graduate student in theology, and have returned to your work on classical natural law theory time and time again.  One of my professors, an admirer of Stanley Hauerwas, argues that the natural law position is not a good starting point for discussion with those outside the Catholic Church, because, as he understands it, natural law ethics is inextricably tied to Catholic theology.  What do you think about that objection?  Would you say that there are two different kinds of natural law theory, namely Christian natural law and natural law formally considered?

I can’t tell from your professor’s words whether he is speaking about the fact of natural law or the theory of natural law.  This is a little like not knowing whether someone is speaking about gravity (whatever it is that makes you slip on banana peels) or about the theory of gravitation (a hypothesis about the relation between mass and the curvature of space).  So instead of trying to respond to a statement that isn’t clear, let’s ask a few questions that might get at the issue more precisely.

1.  Is there something Catholic about the fact of natural law?  Of course not; this would be like saying that gravity applies only to Asians.  Natural law concerns the universals of human nature and experience.  I don’t say “what humans universally admit,” because sin is a universal too, and we have a bad habit of lying to ourselves.

2.  Is there something Catholic about the classical theory of natural law?  That depends on whether you mean its incipient or mature version.  The classical theory has lots of non-Catholic sources, antecedents, and parallels, such as Aristotle and Cicero, and this is just what we should expect if it is based on universals.  On the other hand, it was under Catholic auspices that the tradition of natural law theorizing reached maturity.  It is hard to see why this fact should he held against the theory.

5.  In such discussions, is it a mistake to make use of the classical theory of natural law?  By all means do make use of it.  If you want to speak well about broken hearts, broken childhoods, and broken promises, you had better understand the procreative and unitive goods as well as you can.  But you don’t have to litter your conversation with terms like “procreative and unitive goods.”

You see, the mind can know something about how to live by philosophy alone, and this is why natural law is possible in the first place.  But the mind can attain further insight and conviction about how to live with the help of sound theology (and divine revelation tells us about other things too, such as how to be reconciled with God).  For example, we don’t need to read St. Paul to realize that marriage has something to do with love and making families.   But we do learn from St. Paul that besides the procreative and unitive goods, a marriage aided by divine grace also achieves a third, sacramental good, because the spouses are joined by the same love that unites Christ with the Church.