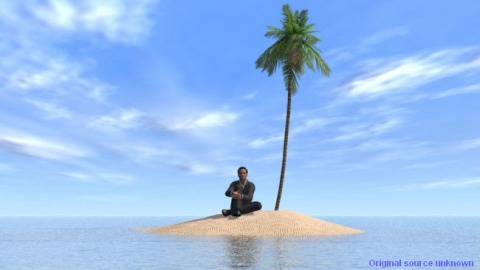 I think an honest relationship is a better one.  Even a high-spirited argument between two people can be friendly and courteous.  By bringing their errors to light, the frank exchange of differences helps both parties advance toward the truth.  It also helps each fellow avoid mistaken assumptions and gross misunderstandings of what the other fellow actually believes, because neither of them has to guess.

But some people don't think see it this way.  Quite a few dislike discussing important questions, such as how to live, whether war can ever be justified, or whether there is a God -- the very ones which are most in need of discussion.

Why?  For lots of reasons.  Some claim to find these topics boring.  Some are afraid of seeming unintelligent or uninformed.  Some have no patience with persons who disagree with them -- or they fear that the other persons will have no patience with them.  Some are terrified of stepping outside of mainstream opinion.  Some are afraid that frank discussion may call to their attention things they would rather not think about.

Again, some like to keep what they think secret; for instance they may be afraid of getting in trouble or being thought odd if people find out.  And of course a great many people simply can’t stand the possibility of conflict.  To them, even a polite disagreement is like the screech of nails across a blackboard.  All they can think is “make it stop.”

With courtesy, such obstacles can often be hurdled.  In our day, though, the main reason for reluctance to discuss the important things in life seems to be different, and is much more difficult to overcome.  For many people today hold the view that there are no rational grounds whatsoever for opinions about the important things in life.  This might be viewed as a kind of pop culture solipcism.

It isn’t that such folk have no opinions.  It’s that their opinions aren’t precisely opinions.  For if there are no rational grounds for deciding what is the case, then what a person calls his opinion of the world is not, precisely, about the world; it’s merely a personal characteristic.  His watchword could be “It’s all about me.”  Since he thinks your opinion is about you, and his is about him, disagreeing with his opinion seems to him like criticizing the size of his nose.  He sees it not as disagreement but as disapproval, not as a challenge but as a discourtesy, as if the one who disagreed with him had said “I’m better than you.”

By taking this attitude, he also shields his opinions from all possible refutation.  "I think these devilled eggs are safe," he says.  "I wouldn’t be so sure,” you say; “the last three diners who ate them got sick."  "Well,” he replies, “I just think they're safe."  “I just think” is his conversation-stopper, for the test of an opinion is its correspondence with reality, but the possibility of such a test is just what he denies.

Or thinks he denies.  For it is easy to be a solipcist, but impossible to be a consistent solipcist.  The way things really are keeps crashing in on us.  And that is why -- if you wait long enough -- it is sometimes possible to speak with these people too.