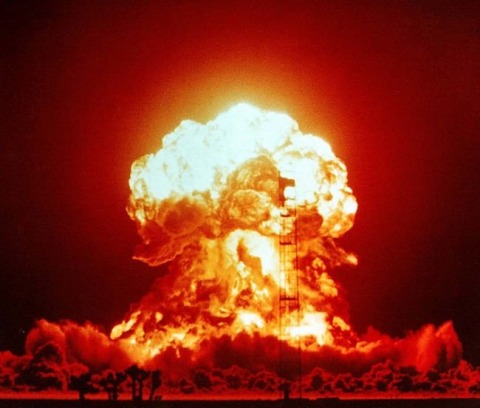 I have been reading a famous speech of Robert A. Oppenheimer, given in 1945 to the Association of Los Alamos Scientists.  Oppenheimer had played a central role in the development of nuclear weapons.  His speech is one of the most tortuously reasoned documents of its kind that I have read.  However, it is revealing.

According to Oppenheimer, to understand the “real impact” of the invention of the atomic bomb, “one has to look further back, look, I think, to the times when physical science was growing in the days of the renaissance, and when the threat that science offered was felt so deeply throughout the Christian world.”

There is some bad history here.  Were it not for the vision of a universe ordered by Mind, a Mind that does not work capriciously but makes use of secondary causes, and that made human minds in its image so that they can inquire into its handiwork, it is doubtful whether science could have got started.  Please don’t tell me about Galileo.  The Church’s complaint against the poor man wasn’t that he contradicted the descriptions of the cosmos in Holy Scripture, which the Church knew to be figurative, but that he was doing what we now call “science by press release.”  His theory turned out to be true, but the Church protested that he claimed it was proven before it really was.  I don’t think the Church should have poked its nose into the matter at all, but even so, its complaint was scientific, not theological.

But never mind.  I understand why Oppenheimer speaks as he does, because although Christianity doesn’t regard science per se as a threat, it does regard Oppenheimer’s notion of science as a threat.

So.  Science is finding out how to do as we desire.

As to the second contradiction, he speaks of the continual growth of the power to control the world as though it were a kind of liberation.  And yet he insists that it is something the scientist cannot stop wanting, cannot stop gaining, and over which he has no control.

So.  Science is the ungovernable obsession with finding out how to do as we desire.

Put this way, the two visions do threaten each other.  I get that.