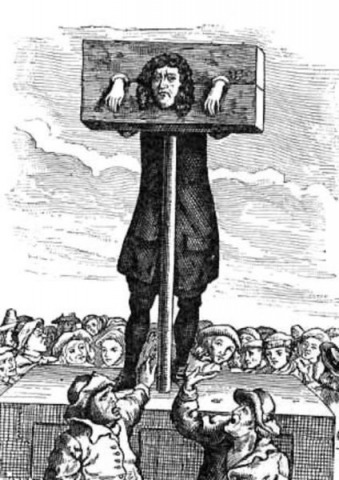 Considering how many years ago the Puritan tribe died out, why do Liberals still take the trouble to bash them?  They do it because they are so much like them; they aspire to the same place in society.

True, Liberalism is an odd sort of Puritanism.  You may sleep with anyone, but you had better not forget to recycle.  You may have an abortion, but you had better not think of wearing fur.  Much of this is what the psychologists call compensation.  I am indignant about the killing of seal babies because I have killed my human babies.  Compassion for little animals shows that I am a Nice Person after all.

The cardinal point of similarity is that Liberals seek the same kind of psychic income that Puritans used to receive.  They crave the satisfaction of knowing that they are Nice People, and of knowing that everyone else knows just who the Nice People are.  The indispensable credential for being Nice is to hold Liberal opinions.

True, it doesn’t seem Nice to be smug, and Liberals aren’t good at hiding this feature of their character.  But they do have a mode of concealment which wasn’t available to Puritans, because Puritans confessed to having moral principles, and Liberals don’t.

Us?   Sanctimonious?  You can’t be serious.  Don’t you know that our cardinal principle is non-judgmentalism?  The judgmentalists are those other people -- the moralists, the prigs, the prudes, the haters – who should all go straight to hell.