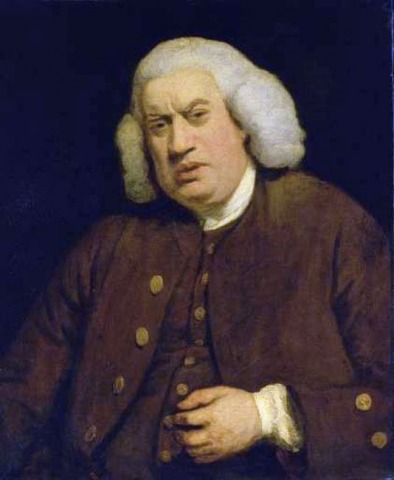 I am glad to say that after receiving my response, this fellow made a gracious reply.

I've begun your guide because even as an atheist I believed in abiding universals and liked Epictetus and Cicero.

I have a complaint with you. I've known women who had abortions who were deeply mournful but their situation was desperate.  They were abandoned and couldn't care for themselves.  Why don't you moralists do something about the dire conditions children could be born into and are why they're aborted?

Another culture issue is same sex marriage. There has always been a small minority of homosexuals and to finally let them love without being thrown off a roof is only decent.

Law should not be some imaginary ideal. If people can't do it it isn't moral.

Cicero is one of my favorites too, and I'm glad you recognize that there are abiding universals, though I suggest that a few are missing from your list.  Since there is a certain edge to your tone, I don’t want to correspond back and forth.  However, you do ask several serious questions, so I will take a chance and respond just this once.

“I have a complaint with you.  I've known women who had abortions who were deeply mournful but their situation was desperate.”

Would you have written that you’ve known women who have killed their toddlers and were deeply mournful, but their situation was desperate?  Of course you wouldn’t have, because there are no situations that can justify the deliberate killing of weak and innocent human beings.  But unborn infants are also weak and innocent human beings.  You don’t suppose those are dogs or porpoises in there, do you?

Nor are you doing distressed mothers any favors by encouraging them to kill their own children.  Of course they mourn, for the trauma of having been responsible for the death of one’s son or daughter far exceeds almost any imaginable sorrow.  They will always remember that if they were unable to care for their children, even so they might have loved them enough to put them up for adoption, and instead they took their lives away.  How greatly they and their children need the mercy of God.  Your mercy is cold ashes, because you make no effort to dissuade them.

“They were abandoned and couldn't care for themselves. Why don't you moralists do something about the dire conditions children could be born into and are why they're aborted.”

Really, you should find out the facts.  There are thousands of crisis pregnancy centers across the United States alone, staffed mostly by volunteers.  These are but a fraction of the pro-life organizations that help women in trouble.  Typically, they offer a wide variety of services.  The one closest to me offers baby furniture, diapers, baby clothing, child rearing classes, and help with enrolling for social services, among other things.  A pro-life shelter I know took in pregnant women who had no place to live, and afterward helped with all kinds of practical needs so that they could get on their feet.  If you think that isn’t enough, you might ask yourself what you do for these poor women.

“Another culture issue is same sex marriage. There has always been a small minority of homosexuals and to finally let them love ... is only decent.”

Would you have written so approvingly of incest?  No?  Then you agree that the law must make distinctions.  Even so, no one is trying to keep anyone else from having loving affection for anyone.  I think perhaps you believe that sex makes every kind of love better.  A moment’s thought shows that this is false.  There are many kinds of love -- between brothers and sisters, soldiers in trenches, parents and children, teachers and students, husbands and wives, and so on -- and only the last one is consummated by sexual intercourse.  The other kinds it harms.

If you do know of anyone sponsoring a law to throw people off roofs, please let me know.  I would be very surprised.  The usual question is not whether anyone should be thrown off a roof, but whether the law should classify a sexual relationship between two people of the same sex as a marriage.  To answer that question, one must consider why there are marriage laws in the first place.  The reason is that the well-being of society depends on the well-being of children, and marriage is the only social institution that gives kids a fighting chance of having a mom and a dad.  A relationship between two men or two women isn’t a marriage because it has nothing to do with bringing children into the world.  The law doesn’t define my relationship with my fishing buddy as a marriage either, for the same reason.

“Law should not be some imaginary ideal.  If people can't do it it isn't moral.”

Certainly it should be possible to obey the law.  However, you write as though the law were trying to force persons who suffer the misfortune of same-sex affections to do something they can’t do, like flapping their wings and flying.  I am not aware of any such law.

Do you want to know how to subscribe to this blog?  It’s easy.  Just go here.