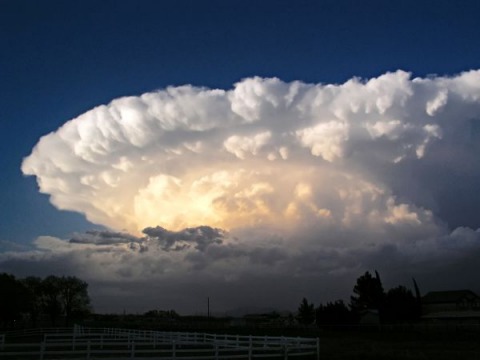 Finally we come to the supernatural light shed on nature by the sacraments.  It may seem impossible that sacrament could illuminate the natural law.  Doesn’t the grace of the sacraments exceed the resources our nature contains?  Doesn’t the truth about this grace exceed what reason could have discovered by itself?  Strange though it may seem, revelation about things that are above reason provides reason with clues about things that are not above reason.

Consider Saint Paul’s explosive remarks about marriage in the fifth chapter of his letter to the Ephesians.  From the outset, the language is daring.  Wives are to submit to their husbands as to the Lord; husbands are also to submit, but in another and asymmetrical sense, loving their wives as Christ loved the Church and gave himself up for her.  A turning point comes with Paul’s astonishing declaration that this is a “mystery” and it is somehow “about” Christ and the Church.  Suddenly we see that his figures are more than analogies.  He is saying that a certain natural reality and a certain supernatural reality not only happen to correspond, but were made for this correspondence; that in the depth of providence, the marriage of the spouses invokes the Marriage of the Lamb, and in some measure makes it present.  Paul calls this wonder a mysterion, something hidden and now revealed, but the Greek term is much more potent than its English cognate.  It is the same word that the Greek Fathers used from the fourth century onward for the sacraments; the Douay-Rheims Bible even translates it “sacrament.”  It would be extravagant to read all the later developments of sacramental theology back into the text, but it is not extravagant to say that the grace Paul has in mind is the same kind we now call sacramental.  For he is claiming nothing less than this: that because of Christ and among His people, the natural event of marriage is not just a sign of a spiritual event, but a participation in it -- an event of such potency that a man and a woman are really and permanently made one, receiving the grace to be bound with the love that binds Christ with the Church.  Transmundane meaning and power are supernaturally transfused into vessels of flesh.

Not only does the possibility of such grace tell us something about supernatural reality, it also tells us something about natural reality.  Why?  Because though grace exceeds nature, it never violates it; nature could receive nothing from grace had it not been fashioned ahead of time to receive it.  This is certainly true of matrimony, for sacramental marriage builds upon the covenantal and “donational” properties of natural marriage.  Apart from the form of the covenant, the sacrament would be unintelligible; apart from the grace of the sacrament, the donation might seem almost impossible.  Among the laws of the intellect, one of the foremost is this: What we barely fulfill, we can hardly discern.  The sacrament remedies this defect, so we can see the covenant better if we know the sacrament.

The same possibility of insight into natural reality accompanies each of the sacraments.  Consider a dock.  Even if we have never taken the trouble to look at the dock, we can infer something about it from the shape of the ship meant to berth there.  Afterward, we can examine it to see if our inferences are borne out.  Nature is the dock of grace, the place where the Glory chooses to come into berth.  And so, in just the same way as the ship and the dock, if we know something about the sacrament, then we can infer something about the natural institution that the sacrament ennobles.  By knowing something about the sacramental grace, we can more easily perceive the shape of the pre-sacramental reality that is ordained to receive this grace.  Afterward, natural reason can inquire to see if these inferences are true.  And so in an odd and indirect way, it turns out that the sacraments are proper subjects not only for theology, but even for natural law.

In the case of marriage, sacramental illumination clears up many things that would otherwise be obscure.  There is a taste of Godward longing even in natural marriage; somehow it participates in the sensus divinitatis.  In almost all times and nations people have dimly perceived something of transcendent importance about it, and the temptation to make idols of the potencies behind it is very strong.  Alas, whatever we treat as God that is not God betrays us, and from repeated betrayal arises an opposite temptation: to suppress the obscure longing for transcendence and treat marriage as less than it is.  Outside of the influence of the sacrament, no society has found the balance.  None has been able to give the sacred quality of conjugal union its due without idolizing it; none has been able to avoid idolizing it without debasing it; and all too often these tendencies have worked together.  No wonder!  For nowhere outside of the truth of the sacrament can the supernatural end of natural marriage be understood.  Nature is ordained the receptacle of grace: neither divine, nor simply profane, but a natural chalice for supernatural good.

Tuesday:  Conclusion (other posts on Sunday and Monday)