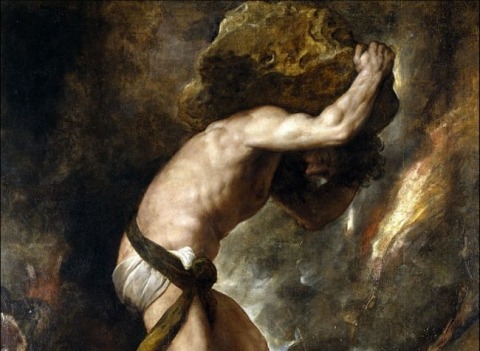 This doesn’t mean that whatever He could have commanded anything.  “He would deny Himself if He were to do away with the very order of His own justice, since He is justice itself.”

My atheist students often ask:  Can’t we be good without God?   In one sense, sure.  Just like everyone else, the atheist has a conscience, and with fair accuracy, he can work out the natural law.

But in another sense, no.  The atheist faces at least seven obstacles in understanding and following this law.

1.  Since he does not recognize God as the Supreme Good for which all created goods exist and to they are ordained, it will not make sense to him that although certain acts can be directed to the Supreme Good, others cannot.  Consequently, he will find it difficult to understand how any act can be intrinsically evil.  He will be inclined to think that for a good enough result, we may do anything.

2.  Since he does not recognize Divine providence, the idea that he should do the right thing and let God take care of the consequences will seem senseless to him.  It will seem to him that if there is no God, then he must play God himself.  He may find it difficult not to do evil for the sake of good.

3.  Since he does not recognize God as the Creator, he must regard conscience as the meaningless and purposeless result of a process that did not have him in mind.  Because it will be hard to believe that a ragtag collection of impulses and inhibitions left over from the accidents of natural selection could have anything to teach him, he will be tempted to think that the authority of conscience is an illusion.

4.  Since he does not have faith, he is likely to view his moral dilemmas as inescapable.  For if there is no God, how can he believe the assurance of faith that “God is faithful, and he will not let you be tempted beyond your strength, but with the temptation will also provide the way of escape, that you may be able to endure it”?

6.  Since he does not believe in those spiritual virtues which depend on grace for their very existence, he will be unable to practice them at all.  For example, though he may love his wife with natural love, he will fail in that supernatural charity which enables him to see that since she is made in His image, the only true way to love her for her own sake is to love her for God’s sake.

7.  Finally, since only a person can forgive, the moral law will seem to him a harsh accuser with a heart of rock.  When he has done wrong, as we all do, he will long to drown out the condemning voice of conscience.  He will be tempted to tell himself that the law is a fantasy, that there is nothing to be forgiven, that the solution to the problem of guilt is that there is no such thing.  Or perhaps he will just try to talk himself into a lower standard.

So yes, for all these reasons -- some logical and some psychological -- we do need God to be good.

An Imaginary Interview about This Blog

Why Drag God Into Natural Law?

Can God Not Be Enough?