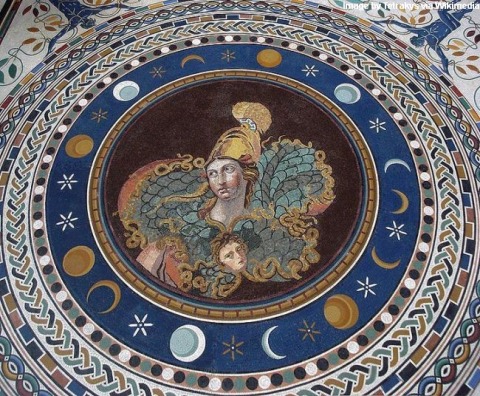 I'm a young Finnish man studying for a graduate degree in Philosophy, among other things.  First of all I want to thank you for your work, from which I have profited considerably.  I refer both to your work as a researcher and as a blogger -- in them I've found a source of intellectual and spiritual nourishment.  One of the reasons I am today committed to classical philosophy in general and to a rather orthodox Thomism in particular is because I stumbled upon a curious blog called “Underground Thomist” few years ago around the time I started to consider both as not only possible but very persuasive solutions to the numerous problems in modern philosophy.

Natural law demands private and public worship from a nation irregardless of divine revelation.  How conscious would “minimally classically theist” worship need to be in order to be better than complete secularism with no worship at all?  Obviously the worship of “Nature's God” requires does not yet have full specificity of Revelation, so for example you couldn't expect such pagan worshippers to worship God as Trinity.

To put it even more generally (and in this case question of worship's merit becomes much more dubious) from a natural law perspective is the worship of pagan gods preferable to the contemporary secular state, which invokes no divinities at all?

Now if each of us does reverence Him, then of course we will give expression to this reverence as a community, and this is good.  From the beginning of our own republic, for example, we have established days of public thanksgiving.  But notice that doing such things does not require establishing an official religion, enforced by the state, and I am sure that such enforcement is detrimental to true faith.

Civil law direct us to the common temporal good, but for direction to the supernatural good, we are given not the state, but the Church.  The state must not treat the Church as a mere department of itself.

Now as to your first question:  According to St. Thomas Aquinas, not every act that is good in the sense that it conforms to natural law is also good in the sense of having merit.  Merit requires the transformation of motive which can result only from divine grace.  This vast change affects all aspects of the human person, including intellect, appetite, and will.  From this point of view, says St. Thomas, the virtues which are infused by grace, such as faith, hope, and love, “deserve to be called virtues simply,” since they direct us to our ultimate end in God.  By contrast, the acquired virtues, such as temperance and fortitude, are virtues only secundum quid, “in a restricted sense,” because although they direct us with respect to a particular kind of action, in a way which is compatible with our ultimate end in God, they do not actually direct us to this ultimate end – at least they do not do so unless they too are transformed by divine grace.  (I discuss all these matters in Commentary on Thomas Aquinas’s Virtue Ethics.)

Now although all grace comes through Christ, and the ordinary means of grace involve explicit faith in Christ, St. Thomas does not think God is restricted to the use of these ordinary means.  In the Old Testament, the Patriarchs were saved by implicit faith in Christ who was to come.  This encourages the further question of who else might be implicitly responding to the Christ whom they did not explicitly know.  (I briefly discussed this question in the blog post “Anonymity.”)

Back to the question of the state.  Putting the term “god” in lower case to indicate anything to which a person gives unconditional loyalty, I would say that it isn’t possible not to have any “god” whatsoever.  The contemporary secular state, which pretends to have no god, actually does have gods – unfortunately, rather shabby ones.  I tried to work out the implications of this fact in the article “The Strange Second Life of Confessional States.”

As to your second question, whether all worship of small-g pagan gods is equally worthless:  If one clings to a pagan god in preference to the true God, then yes, such worship is worthless.  But if one adores God just insofar as one knows Him, even though one’s knowledge is veiled by pagan mistakes, matters may stand differently.  To know for sure which of these two things is going on in a person, one would have to see right into the soul, which we have no power to do.  Even so, in speaking with the Athenians, St. Paul thinks it makes sense to quote from their own pagan poets and mention their altar “To An Unknown God” -- and St. Thomas does not hesitate to credit the pagan writer Marcus Tullius Cicero with a certain limited insight into what the virtue of “religion” entails, even though Cicero does not know the true God.

Secularism and Its Children