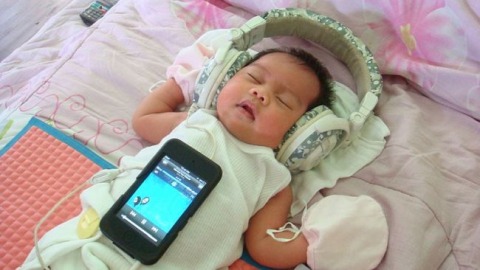 The media are awash in stories about things like Tik Tok encouraging teen girls to obsess about their appearance.  Yes, that’s happening, and yes, that’s bad, but phenomena like that are the merest slivers, the most superficial symptoms, of much deeper cultural changes we hardly notice.  This generation may be the most heavily and intensely indoctrinated in history, and the change in how the young are brought up has been taking place since long before they were born.

In itself, indoctrination is good; children have to learn the rules and virtues, and be molded gradually into adults who will be capable of living wise and good lives.  But how are they indoctrinated, and into what?  We used to assume that each generation would be a lot like the one before it.  No longer.  But why not?

In the past, indoctrination had three chief characteristics.  First, it emphasized moral virtue and close community.  Things like playing fair and telling the truth were drummed into you.  You were taught to take care of your family, friends, and neighbors, especially the closest, because they were the ones bound to you and whose welfare you could do something about.  People were encouraged to form their own opinions about all sorts of things – but not about the cardinal virtues.

Second, indoctrination was conducted by families.  Age and experience were viewed as deserving of respect.  Schoolteachers viewed themselves as playing a purely supporting role, in loco parentis, not taking the place of parents but assisting them to do their work.

Finally, the formation of the character of the young took place largely by osmosis.  Of course there was some explicit instruction, such as memorizing the Golden Rule.  But much of what children learned, they learned by observing and imitating their elders, not by being told.

Today these three features of traditional indoctrination have been turned on their heads.  As to the first, fewer and fewer children are indoctrinated in the everyday moral practices.  Although they may be taught all sorts of things about “the world,” in many ways they are disconnected from their communities.  They are encouraged to form their own opinions about morality – but they are fed a thousand social and political pieties like personal autonomy, saving the earth, and the equivalence of all ninety-six genders.  Thus, to these youngsters, the primary meaning of good character isn’t prudence, courage, temperance, and justice, but holding the approved opinions on social issues.  For them, the cardinal virtue of justice just is holding the approved opinions, and the cardinal virtue of temperance is a little bit ridiculous.  In fact they aren’t taught that there are such things as cardinal virtues, although they may watch quickie video talks about confections like “emotional intelligence.”

As to the second, vanishingly small numbers of children are still indoctrinated primarily by parents.  Instead they are shaped and taught primarily by impersonal mass popular culture, and in second place by school.  At school, teachers compete with parents rather than supporting them, and the mob of peers has more influence than teachers anyway.  Age and experience are regarded as worthless, because age equals decrepitude, and experience is obsolete.  After all, of what value is experience if everything will be different (or will seem to be different) in another fifteen minutes?

As to the third, although learning still takes place by osmosis, the osmotic pressure now reaches children mostly from pop culture celebrities, whether musical superstars or tech industry heroes, as well as the bizarrely powerful feedback loops of social media, which reshape everything:  Everything is a like or a not-like.  What explicit instruction does take place is usually heavily ideological.  “Experts” (pop loudmouths) are venerated.  Wise men, though, are so yesterday.

There is one more difference.  Formerly the young knew that they had been indoctrinated, and didn’t mind.  They expected to be; they were being prepared for life as grown-ups.  In a curious way, this shaping gave them strength to reflect on what they had been taught, and even to reconsider it.  Today the young don’t know they are indoctrinated, and the suggestion that they are insults them.  They think they have gone beyond all that.  Each person fancies himself an independent mind, who just happens to think like all the rest.

Yet they are afraid of growing up.  What a surprise.