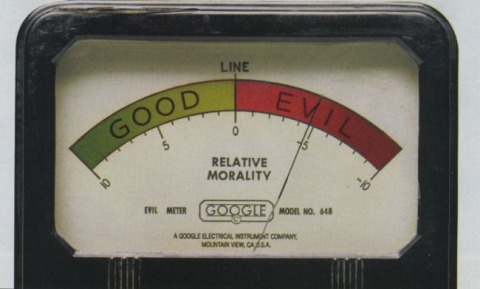 Are there any reasons for thinking relativism is true?  Yes, there are some.  But they don’t hold water.

For  example, one common reason is the Argument from Variation:  Some norms really do vary according to circumstances.  In the United States, it is wrong to drive on the left; in England, it is wrong to drive on the right.  But notice:  The only way there can even be a valid difference in norms at the level of application is that the same universal rule is being applied in both cases.  It is a universal moral principle that we ought to take care for the safety of others.  So this doesn’t justify relativism.

A second common reason some people embrace relativism might be called the Argument from Difficulty:  Some moral questions are rather hard to answer.  For example, is all warfare murder?  Some respond to the difficulty of the question by saying that murder is in the eye of the beholder.  But would you say that the species of my pet is in the eye of the beholder, so that for me it’s a cat, but for you it’s a goldfish?  Of course not.  The right thing to do about difficult questions is not to be lazy and dodge them, but to carry out the difficult work of answering them.

Next is the Argument from Disagreement.  People give different answers to some moral questions.  Consider warfare again.  Some say all war is wrong.  Others say only unjust war is wrong.  Still others say that in war, everything is permissible.  But this is a question of fact.  When we are speaking of physical facts, such as whether the earth revolves around the sun or the sun revolves around the earth, we unhesitatingly say that our task is to investigate and find out which opinion about the fact is correct.  We ought to take the same view of moral facts.

Then there is the Argument from Emotion.  A moment ago I spoke of moral facts, but according to this argument, there are no moral facts, and propositions that seem to assert moral facts are really only expressing the emotions of the speaker.  For example, if I say it is wrong to deliberately run over children with automobiles, I seem to be saying something about the moral status of running over children with automobiles, but on the critic’s view, I am really only saying something about me:  That hearing of such an act makes me angry, disgusted, or indignant.  But wait a moment.  If the act does make me angry, disgusted, or indignant – and it does -- then why does it?  The reason it makes me feel that way is that I judge it to be wrong, and it would still be wrong even if it didn’t make me feel angry, disgusted, or indignant.  Besides, the Argument from Emotion doesn’t actually give anyone a reason to disbelieve in moral facts.  It merely assumes that there are no moral facts, and then tries to explain moral statements on the basis of this assumption.  You might find the Argument from Emotion attractive if you are already a relativist, but it doesn’t give you a reasonable warrant for being one.

Still another reason for relativism might be called the Argument from Tautology.  A certain U.S. judge  has claimed that although there may be a few universal moral principles, they don’t really say anything, because they are tautologies, or circular statements.  For instance, he claimed that to say “Thou shalt not murder” is nothing more than to say “Never commit the kinds of killing that you ought not commit” – which tells us nothing.  But this Argument from Tautology is even lazier than the previous argument.  For the classical definition of murder doesn’t just tell us “Don’t do what is not to be done.”  Rather it tells us what, specifically, is not to be done.  We must not deliberately take innocent human life, and an act which fits this definition must never be done.  No circularity there.

Next comes what I call the Argument from Progress.  A former chairman of the Senate judiciary committee, who later became a vice president of the United States,  complained about someone who had been nominated for the Supreme Court by saying that the nominee seemed to believe in “a static set of unchanging [moral] principles,” rather than an “evolving body of ideals.”  The senator’s statement was relativistic, because it denied that there are any universal moral principles, unchanging over place and over time.  But it was also paradoxical, because at the same time it insisted that there are universal moral principles, unchanging over place in time.  For what did the senator mean by suggesting that moral ideals “evolve” or develop?  I don’t think he meant that they undergo meaningless and arbitrary change.  After all, he approved of this development; in other words, he passed moral judgment upon it.  So what he really meant was that our moral ideals are getting better.  But to suggest that they are changing for the better presupposes a fixed standard of moral comparison, a yardstick of “better” which doesn’t change.  So even in order to say that our moral ideals have no fixed content, he needed a moral standard which does have fixed content.  So this argument for relativism shoots itself down.

Last but not least, we might consider the Argument from False Humility.  This reason for relativism suggests that to make a moral judgment is to commit the vice of pride.  But there is a problem here.  If no one may judge others, then how is it that we may deliver an unfavorable judgment upon those who do judge others?  Obviously, we can’t.  So this argument is also self-defeating.

The Argument from False Humility is the one most likely to snag Christians.  For didn’t Christ command, “Judge not, that you may not be judged”?   Yes, but don’t forget what He said next:  “For with the judgment you pronounce you will be judged, and the measure you give will be the measure you get .... You hypocrite, first take the log out of your own eye, and then you will see clearly to take the speck out of your brother's eye.”   Plainly, this statement expresses a moral judgment.  It does not condemn all moral judgment, but as condemns proud and hypocritical moral judgment.

Lest there be any doubt, we might remember another place in the Gospels, where He said, “Do not judge by appearances, but judge with right judgment."  At the same time that He forbids one kind of judgment (“do not judge by appearances”), He commands another kind (“judge with right judgment”).  Humility really is a virtue, but true humility does not mean, cannot mean, suspending all moral judgment.