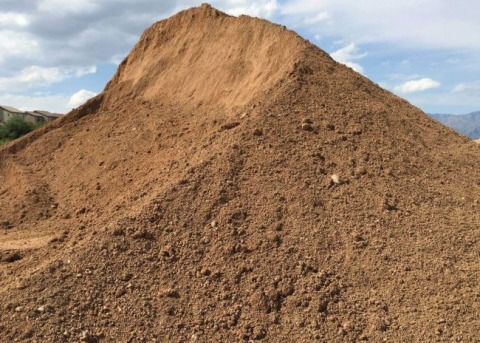 Philosophers call this kind of puzzle the sorites paradox, or the paradox of the heap.

Here’s another example.  If everyone in the crowd is blocking traffic, hurling incendiaries, trying to burn down buildings, threatening people with AK-47s, and throwing frozen water bottles at police, we say there is a riot.  If one only refrains from doing such things, it is still a riot.  If only two people refrain, it is still a riot.  Skip ahead.  If everyone but a single isolated person refrains, it is not a riot. When did the riot become a peaceful protest?

A number of solutions to the paradox have been proposed.  One solution is that there is no such thing as a heap.  Another is to set a threshold:  To say, for example, that if the collection contains fifty thousand grains or less, it is not a heap.  The most commonsensical solution is to say that “heap” is a relative term:  Depending on various factors, some of them numerical, such as how many grains of sand the collection includes, and others contextual, such as what the sand will be used for, we are more or less likely to call it a heap.  In this case, of course, we need to know how such factors affect the ways we speak, because the standards can always be challenged.

Reporters seem to choose from among the same solutions in reporting on the recent disturbances in the cities.  Some call nothing whatsoever a riot.  Some set a threshold:  So long as only a few people have been shot and no courthouses have actually burned down, the disturbance is not a riot.  But most use the term “riot” in a relative sense:  Depending on various factors, some of them numerical, such as what percentage of the crowd are doing violent things, and some of them contextual, such as whether they espouse goals the reporters agree with, they are more or less likely to call the disturbance a riot.

In this case too we need to know how those factors affect the way they speak.  So far as I can tell, the reportorial rule of thumb is that if the crowd is left-wing, then so long as fewer than fifty percent of the crowd are blocking traffic, hurling incendiaries, trying to burn down buildings, threatening people with AK-47s, and throwing frozen water bottles at police, the disturbance is “mostly peaceful,” and not a riot but a protest or demonstration.

Needless to say, this standard can also be challenged.  If fewer than half of my neighbors pulled knives on me, I wouldn’t call my neighborhood mostly peaceful.  Would you?