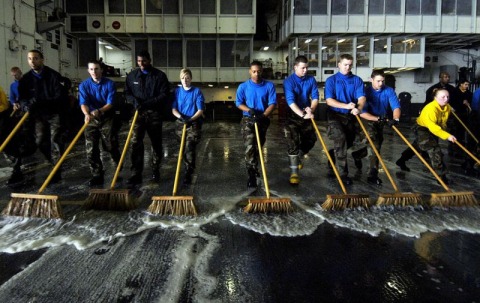 Does the fad of removing historical monuments seem to you a strange new thing?  Think again:  It may be strange, but it certainly isn’t new, and not all historical reminders are made of bronze and stone.

During one recent semester I discovered that many of my students didn’t understand what the Thanksgiving holiday was about.  They knew it was supposed to emulate the feast of the Pilgrims, with their Indian guests, in gratitude for their first harvest in the New World.  But to whom were the Pilgrims giving thanks?  Some of the students had been taught, correctly, that they were thanking God.  But the other half had been taught only that they were thanking the Indians.

The Pilgrims, as we know, never gave a thought to divine matters.

The impulse to wipe away not only faith but the memory of faith is like the old practice among the Romans of damnatio memoriae, the condemnation of memory -- but with a difference.  Their keepers tried only to purge all recollection of traitors.  Ours try to purge all reminders of God.

Always the damnatio is odious.  Sometimes it is oppressive.  But sometimes it is laughably absurd.  Back in the day, when I was barely making a living as an assistant professor, a major textbook publisher offered me a contract to revise and upgrade its high school civics textbook.  As you might guess, I jumped at the chance.

Immediately I was presented with a long list of objectives which I had to achieve.  One of them was to explain to the students the language of the Declaration of Independence:  “We hold these truths to be self-evident, that all men are created equal, that they are endowed by their Creator with certain unalienable Rights.”

Okay, I thought, I could do that.  By a self-evident truth, the Framers meant a truth so obvious that it didn’t need to be proven from other truths.  “Men,” in this context, meant both human sexes.  Although not all human beings are equally strong, smart, or handsome, all are equal in human worth.  This gives them rights that not even the government can destroy or take away.  The reason we have these rights, and possess this worth, is that we were made that way by God.

“But that’s who the Framers meant by the Creator.”

He replied, “Can’t you say ‘good’ or something?”

To those who walk through the valley of the shadow of suds, I say fear not the bristle brush.  Laugh to scorn the directors of sanitation, for like a certain other famous potentate, they cannot bear to be laughed at.  What they think but a smudge on your face to be removed by their ministrations is the rubicund glow of hope itself.  Who ever knew red cheeks to grow pale by being scrubbed?

Tell your friends about this blog