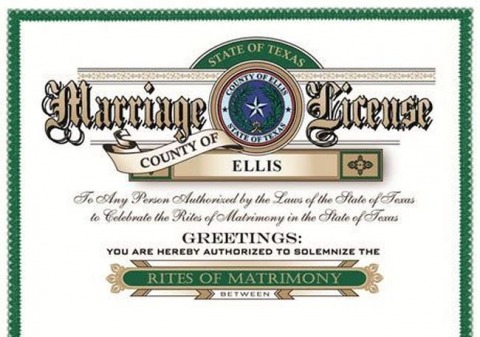 It seems to me that the only way we can safeguard the view of marriage as a procreative bond between one man and one woman is to take the government completely out of the business of marriage.  In this way the government can't use the coercive arm of the state to enforce its fallacious views on those who don't accept it.  The Church already has a robust system for recording marriages in its own community, with its own canon laws regulating it.  Perhaps, by observing the Church, the general public may gradually learn from it -- since no other robust system will exist.  That's why I think that under current circumstances, the government should not be involved in marriage at all.  Do you consider this position sound?

I sympathize with your dismay.  If the issues were purely spiritual, I would agree with you, because the state is not our spiritual guide.  But Samuel Johnson exaggerated only slightly when he wrote, “Almost all the miseries of life, almost all the wickedness that infects society, and almost all the distresses that afflict mankind, are the consequences of some defect in private duties.  Likewise, all the joys of this world may be attributable to the happiness of hearth and home.”  The integrity of marriage is so important to ordinary human well-being – and yet so vulnerable because of ordinary human failings – that it needs to be shored up in every possible way:  Not only by the discipline of the Church, but also by custom and law.

Even when the state is confused about the common good’s requirements (as it is), civil regulations concerning marriage remain necessary for the common good’s protection.  After all, marriage and family law do much more than register who is married and who is not.  In ways that canon law cannot do, they enforce the duties of spouses toward each other as well as toward their children.  Moreover, in cases of desertion or marital dissolution, they provide for continuing support not only for the children of the union, but also for the most vulnerable party to the marriage, who is almost always the woman.

Yes, I understand that the contemporary state labels things that are not marriages as marriages.  Yet so far, this fact has not prevented the law from serving these functions with respect to true marriages.  For all these reasons, I would expect enormous confusion to result from the complete withdrawal of the state from all matters marital, and the harm would fall primarily on those in most need of protection.

Conceivably, matters could become worse.  Already the state is behaving oppressively toward those who do not share its views of marriage.  One can imagine a future in which marriage and family law have become so depraved that they systematically undermine the duties of mothers and fathers toward each other and their children.  But we are not there yet.