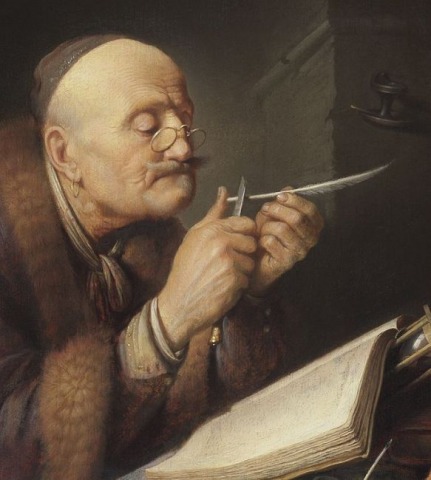 If you have any advice at all for someone wanting to pursue a PhD and potentially become a humanities teacher or professor, I'd love to hear it.  I know there aren’t many job openings in the humanities.

Sure.  First, I’d suggest that you cultivate an entrepreneurial attitude.  What I mean by that is that you will have to adjust rapidly to new conditions, be willing to try new venues for teaching and scholarship, and be prepared for the fact that even if teaching is your first calling, it might not be how you earn your salary.  I say this not because there aren’t many job openings in the humanities – although that’s true too – but because colleges and universities are changing radically.

The present model of colleges and universities is failing, for in the first place they have forgotten or even turned against their original mission; in the second, they have picked up a whole lot of unrelated sidelines, none of which they do very well, such as universal job certification; and in the third, the public is beginning to catch on that they cost far too much, and that other institutions can usually do each of these sidelines better.  Barring root and branch reform – for which we must never give up hope -- it’s entirely possible that in the not-so-distant future, serious humanities teaching will have to migrate to other settings than colleges and universities.  So you must be sure of  your principles and calling – and although you must not give them up, in other respects you must be willing to adapt and learn new ways to communicate.

Second, since you are writing to me and I am a notorious out-of-the-closet Christian, you may be a person of faith.  If so, you should recognize that the contemporary university is unfriendly to faith.  It isn’t so much that you aren’t allowed to believe in God, as that if you do believe in God, you are expected to act, study, and teach as though He doesn’t matter to anything else -- and, in particular, that He couldn’t possibly have any objection to the contemporary woke agenda, which aims at capturing the humanities for narrow and sometimes insane political purposes.  This doesn’t mean that a person of faith can’t succeed in the contemporary university, but that in order to get a hearing, he is going to have to be try to be three times as good as the wokeists and secularists, and he must expect to be treated at times like an Enemy of the People (or at least of the Smart People).  Then again, it’s very much like that now in big corporations, in government, in unions, and in most of the professions too.  Have charity, but be tough and have courage.

Is this discouraging?  I hope not.  You can think of it as a trumpet call.  And I have a third suggestion too.  I urge you to study the humanities not just as a field of knowledge, but as a way of life in pursuit of wisdom.  If it’s just a job, you may as well sell vacuum cleaners.

Be joyful!  Do well!