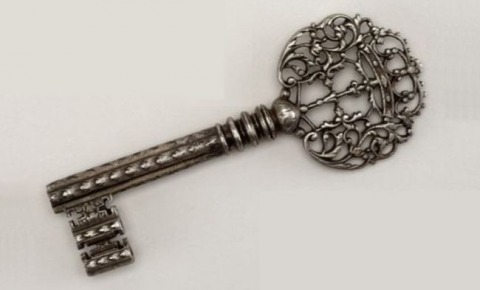 "So, J., what do you think is the bare minimum a person must believe for salvation?"

Thus my new friend began our first serious conversation, the moment he passed through my door.  That was a quarter of a century ago.  We were both Protestants.  He still is.

I didn’t mind his question a bit, and I still don’t.  Its quirky abruptness, and his waste-no-time, take-no-prisoners desire not to dissipate the evening in small talk, made me smile.  In seven seconds, his question gave me a sharper idea of his personality than I had been able to form during the previous seven months.  I saw him again not long ago.  He hasn’t changed.

Although his training had been in theology, not philosophy, the minimalism of his question was thoroughly in keeping with the philosophical method of the day, which is also minimalist.

Minimalist how?  We do philosophy as though people can consider reality only one shaved-down proposition at a time.  Sometimes, I think, the very opposite is true.  A single lonely proposition may be difficult to accept just because it does stand by itself.  In order to stand firm, a proposition must have context, as the single stone requires the arch.

My friend’s conversation-starter also brings to mind one of the great differences between the Catholic and Protestant ways of thinking about God.  Protestantism asks how many of all those pre-Reformation beliefs can be jettisoned and still have Christianity.  Except in a certain special context, Catholicism isn’t very interested in how few truths one can get away with believing.  Instead it wants to know all of them.  Tell me everything, everything!  Are there more?

And there are a lot of them!  Creation, Fall, and Redemption!  The three Persons of One God!  The two natures of One Christ!  Not only an Old Testament, but a New!  Not only a natural law, but a divine!  Not only worship, but veneration!  Not only precepts, but counsels!  A covenant with day and night, yet miracles too!  Holy saints!  Bad popes!  Sacraments!  Graces!  Gifts!  Virtues, infused and acquired!  Prophets, priests, and kings!  The Incarnation, Cross, and Resurrection!  A crown of thorns on the brow of God made Man!  A sword through His mother’s heart!  Suffering!  Blessedness!  The beatific vision!  And we are only warming up.

Writing about Christ’s statement to St. Peter that he would give him the keys to the kingdom of heaven, G.K. Chesterton wrote,

“The shape of a key is in itself a rather fantastic shape.  A savage who did not know it was a key would have the greatest difficulty in guessing what it could possibly be.  And it is fantastic because it is in a sense arbitrary.  A key is not a matter of abstractions; in that sense a key is not a matter of argument.  It either fits the lock or it does not.  It is use useless for men to stand disputing over it, considered by itself; or reconstructing it on pure principles of geometry or decorative art.  It is senseless for a man to say he would like a simpler key; it would be far more sensible to do his best with a crowbar .... it is enough to say here that there was undoubtedly much about the key that seemed complex; indeed there was only one thing about it that was simple.  It opened the door.”

Comfort for the New Year

Two Things You Will Never See

Mortification of the Flesh