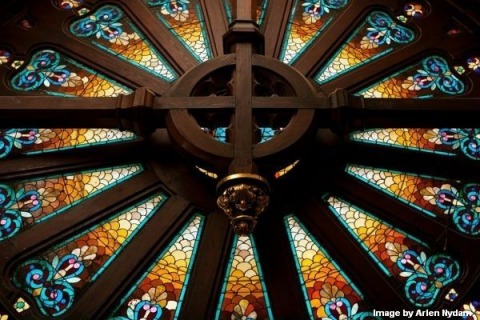 If religion means pursuing our ultimate final end, who is God, then it is He who is the “basic good,” not religion.  The goodness of a means is borrowed from the end that it serves.  A religion that perverts the capacity to seek our ultimate final end by turning us away from God instead of toward Him is not a lesser good – a lesser participation in “the good of religion” – but an actual evil.  For that is what evil is:  A privation or disorder in something that would otherwise have been good.  The reason why liberty within the bounds of a just public order must be granted even perverted religions is not that they too are good, but that without such liberty we lack even the chance to discover our errors without misdirection from tyrants.

While we are at it, let us consider the Godward longing that moves us to participate in religion.  Certainly this longing has a nobility of its own.  Lesser creatures are not capable of it; we have it because we are made in the image of God.  But the perversion of the best is the worst.  When a pro-abortion demonstrator at the Texas state capitol was caught on video sardonically saying “Hail, Satan,” it was not a moment of diminished nobility but a horror.

Thomas Aquinas held that the fact that God is our ultimate final end is demonstrable by reason.  If this is true, then seeking Him is plainly most important.  Revelation concurs:  “Seek first his kingdom and his righteousness, and all these things shall be yours as well.”