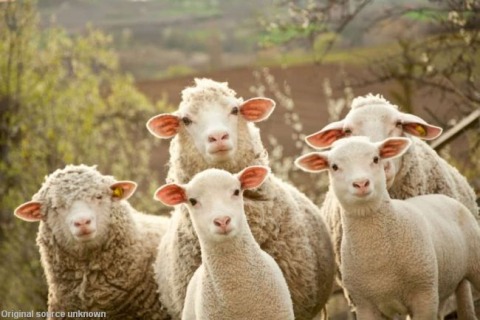 The coronavirus epidemic has laid bare a number of fissures in the commonwealth, but one of the most prominent is the cleavage between the docile and the non-docile.  Although it correlates to a degree with other fissures, such as the one between Left and Right, it doesn’t line up with them perfectly, and may even have produced some conversions -- in both directions.

The meek will inherit the earth, but we must not confuse the meek, who suffer in patience, with the gullible and compliant.  For the docile are true believers, of a sort.  They accept every shifting, contradictory thing they are told by authorities, or by the media, or by people in their social networks, and they obey even the most extreme edicts of politicians and politicized experts who have something to gain from the prolongation of public hysteria -- such as abandoning the lonely, the vulnerable, and the dying, and making children wear masks even while bicycling in the fresh air, or not allowing them outside at all.

The non-docile are cautiously skeptical.  They examine the evidence for themselves, consider how things are going, and take common sense precautions, but they refuse to neglect their dear ones, and they weigh the social costs of extreme restrictions -- such as the well-documented rise of drug and alcohol abuse and of suicide among isolated, despondent people.

There is a limit to the docility of the former group, but it does not lie where one would think.  Many of the docile lay down their docility and become positively aggressive in condemning the non-docile as anti-health and anti-science.  Imagine an angry sheep.

Yet I am not writing to condemn the sheep, even the angry ones.  Or, for that matter, to praise the non-sheep, some of whom have their own problems with anger.  I am trying to understand.

Encouraging such a fissure in the body politic isn’t a good way to run a republic, which depends on both a shared sense of the common good and a healthy independence on the part of the citizens -- not, by the way, the easiest combination.  It's a very good way to rule if you don't care about that sort of thing.