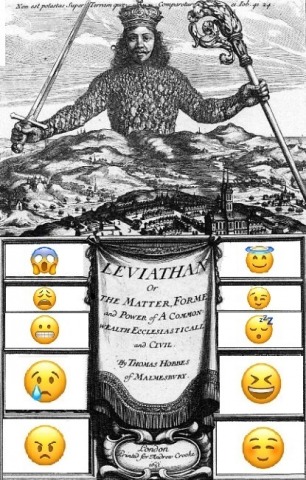 Last Monday’s post suggested that neutralism and agnosticism are merely poses.  Although their proponents claim not to believe anything either way concerning God, actually they suppose that it does not matter and cannot be known whether there is a God.  This supposes plenty about God.  At the least, it supposes that what Christians believe about Him is false on all points, because they hold that He can be known, He desires to be known, He has provided the means to know Him, and whether we believe in Him matters.

Lately, though, I have been reading some of the works of the early twentieth century Catholic writer Hilaire Belloc.  He would have said that neutralism and agnosticism are merely examples of a much broader challenge to faith and sound thinking, which he calls, with some misgivings, the Modern Mind.  Here is how he defines the mentality in Survivals and New Arrivals (1929):

“The mark of today's Main Opposition, differentiating it from nearly all the perils of our Christian past, is that it propounds no explicit heresy.  Its conflict with the Faith is a conflict of mood; it is a conflict following on a certain mentality, not on any body of propositions.  In the case of all the old heresies a definite series of propositions came at the origin of the affair; a conflict of moods followed.  An anti-Catholic habit of mind was produced, with all its consequences in a myriad social customs and in all the atmosphere of a society, but at the root lay perfectly clear doctrinal postulates which could be discussed in the abstract and accepted or denied without reference to their possible indirect effects .... With each section of the Main Opposition today it is the other way about.  You may by prolonged analysis extract from its moods its ultimate principles, but the moods do not start from those principles.  Their victims are not conscious of any such principles.  When presented with them, they will often, and honestly, deny them to be held.”

I would add that such people are usually suspicious of reasoning in general.  Even if not, they do not like to have their suppositions brought to light.  The chief opponents of Christian faith in our time – in fact, of all sound thinking -- are mood warriors.

This is why it is so difficult to oppose them.  Historically, Christianity has answered its opponents by countering their premises with arguments.  But mood warriors may not even know they are opponents, are unconscious of their premises, and respond to the unearthing of these premises by taking offense – that is, by taking up yet another mood, the mood of indignation.

I am increasingly persuaded that Belloc is right.  A great many shibboleths of the modern mentality follow the pattern he describes.  Consider those who rely on the authority of their immaterial minds to announce that only matter is real.  Or those who proudly say that they believe in no God, but who merely place other gods before Him.  Or who pride themselves on doubting everything, never pausing to reflect that in order to doubt one thing, one must assume something else which is not at the moment in doubt.

It isn’t logic that rules in these attitudes.  They are moods.

What gives rise to the dominion of Mood over Mind?  A great many causes conspire.  One cause is that our society values quick results; people are in too much of a hurry to think carefully.  Another is that we are harvesting the bad fruits of a number of intellectual movements sown over the centuries, the common element of which is distrust of the mind’s power to know reality.  Very few people could name these theories, but they have left their mark on their mood.

Belloc himself singles out two other culprits.  Since both of them tend to be demagogic, they hurt though they ought to be helping.  One is corrupted public education, which destroys the healthy common sense of uneducated people without building the good mental qualities of educated people; it turns out half-educated people who think in slogans.

In a day when the most widely read news medium allows just 140 characters for the expression of complex thought, and in which the rulers of the country find this allotment more than ample for their rants, can we doubt it?

Given a few centuries, almost everything passes.  The empire of Mood over Mind will strangle itself.  The question is whether it will quietly yield the throne to its former inhabitant, or abdicate in favor of an even more dreadful tyrant.  The resolution of the question may rest with us.

In another age, a Father of the Church, Gregory Nazianzen, wrote that “to those who are like wild beasts, true and sound discourses are stones.”  He meant there is no need to hurl rocks; it is sufficient to fight intellectual challenges to faith and sound thinking by reasoning against them.  In our day, though, we must first reestablish the habit of reasoning.

I think we had better get started.