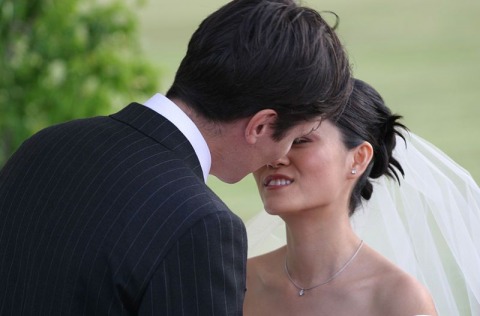 I’m a law student.  I also have some background in theology.  Though I haven't studied natural law before, I’ve been reading On the Meaning of Sex and have enjoyed it (I haven't quite finished it yet).  You talk in the book about the natural procreative and unitive purposes of the sexual powers, and that brings me to a problem I’ve had in conversation.

I was wondering how to talk with people who argue that the nature of our bodies, the difference of the sexes, and the reason why we have sexual powers in the first place don’t matter.  Their main argument is that most things can have a multitude of uses.  “What’s ‘natural’ anyway?  We do ‘unnatural’ things all the time, like using mouths for kissing instead of eating!  Any part of the body can be used for almost anything.  So what’s the problem?”

Such arguments frustrate me because they seem to be mostly about warping definitions.

I’m glad you’ve enjoyed the book.  I see why it seems to you that your friends are warping definitions, because they seem to have fallen for the non sequitur that since words are just names, we may call anything whatever we want.  But I can think of several other reasons for the conversational problem you describe.  Here are a few of them.

The first problem is that your friends are attacking straw men.  No natural law thinker in history has ever suggested that the mouth is made only for eating and that any other use of it is unnatural; go ahead and kiss your wife.  Rather the argument is that any use of our natural powers which undermines, degrades, and dishonors the purposes of our natural powers is inappropriate.  So if you get angry, don’t bite her.

The next problem is that your friends can’t see any difference between objective purposes of their natural powers and their own subjective purposes in using them.  But this distinction shouldn’t be difficult either.  I might use my respiratory powers for the purpose of sniffing glue, but the inbuilt purpose of the power is to oxygenate my blood.

Third, they don’t understand the relationship of the ‘fitting’ – they deny that anything could be naturally fitting or unfitting, appropriate or inappropriate, to anything else.  Again, this should be easy.  Surely there would be something disordered if Grandma encouraged her Thanksgiving guests to eat until they were bursting, purge, then return to the table for the pleasure of another four courses.  Surely there would be something wrong with us if we didn’t get it.  Yet wouldn’t this also be a “use of the mouth”?

The final problem is that when the disordered ways in which we live give us something that we want -- perhaps pleasure, perhaps the approval of our friends -- we resist recognizing even what should be obvious.  To justify ourselves to our consciences, we do violence to our grasp on reality.  I mentioned that the points I made above should be difficult to us -- yet they become difficult for us because we work so hard to make them that way.

Learn to distinguish when it is useful to speak with someone and when it isn’t.   Some people ask questions to find out the answers; others ask questions to avoid them.  Some people engage in conversation to explore what may be true; others engage in it to be clever.  Talking with people who are in the wrong state of mind to gain by conversation may do more harm than good.

Try to stay in relationship with misguided friends.  In the lives of each of us, there come times when our evasions and rationalizations begin to wobble, when slivers of light pierce through to our eyes despite all the shrouds we use to shut them out.  These are the times conversation can accomplish the most good.

And pray for them.  I don’t think it is possible to love truth without loving the persons who resist it.