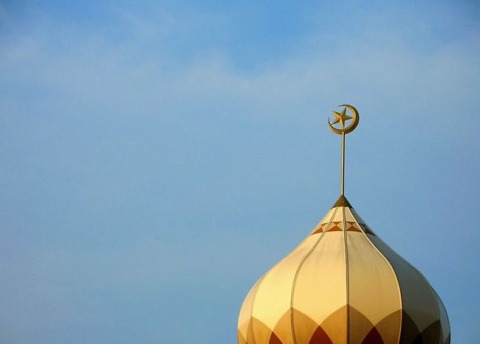 Wael Farouq, a Muslim associated with American University in Cairo, presently teaching at the Catholic University of Milan, suggested recently that Islamic doctrine “must be purified of the interpretations that lead persons of the Muslim faith to embrace terrorism.”  He argued that “The Muslim intellectual class must find its way out of the crisis in which it finds itself.  And it is a crisis of the use of reason, as [Pope Benedict XVI] rightly indicated in Regensburg.”

Farouq concluded, “The West has consecrated itself to pluralism and human rights, so as not to repeat the painful experiences of Nazism and fascism, but it must be asked:  Didn’t Nazism and fascism represent the supremacy of the stereotype over the person?  Didn’t they believe in something higher than the human person, for the sake of which it was justified to die and to kill?  And today, is there not the risk that ‘multiculturalism’ too will turn into a stereotype more important than the person and his authentic fundamental rights?”

It must have taken courage for Farouq to commend the famous Regensburg Address, in one brief section of which Benedict argues that Islam is tempted to violence because it misunderstands the relation between faith and reason.  The use of violence to spread faith, Benedict says, is unreasonable.

Christians can criticize Christians who use violence on behalf of faith, because in the Christian conception, faith and reason are allies, God is infinitely reasonable and wise, and man is ordained to know the truth, endowed by his Creator with an inbuilt longing to attain it.  In the Islamic conception, however, God is viewed primarily in terms of will.  He does not have to be reasonable, and all we have to do is obey.  Benedict remarks, “Ibn Hazm went so far as to state that God is not bound even by his own word, and that nothing would oblige him to reveal the truth to us.  Were it God's will, we would even have to practice idolatry.”

Ironically, Muslims in a number of countries protested the Pope’s suggestions concerning the Islamic temptation to violence by committing acts of violence against Christians.

A different response came from a group of thirty-eight Muslim scholars, who sent an open letter in which, challenging Benedict’s understanding of the Qu’ran, they simply denied the Islamic temptation to violence.  But in reading such claims we must remember that in Islam, one is not required to tell the truth to non-Muslims.  Consider the hadith, or saying of the Prophet, recorded by the renowned Muhammad ibn Ishaq.  A proposal had been made to kill a certain Jew.   “Muhammad bin Maslamah said, ‘O apostle of God, we shall have to tell lies.’  ‘Say what you like,’ Muhammad replied.  ‘You are absolved, free to say whatever you must”’.

Ahmad ibn Naqib al-Misri’s classic work of Shāfī’ī jurisprudence, Reliance of the Traveler , cites a far milder hadith:  “I did not hear [Muhammad] permit untruth in anything people say, except for three things:  War, settling disagreements, and a man talking with his wife or she with him.”  But the outcome is stated bluntly: “This is an explicit statement that lying is sometimes permissible.”

For “the best analysis,” Reliance of the Traveler refers the reader to the Abū Ḥāmid Muḥammad ibn Muḥammad al-Ghazālī.  In the sharpest possible contrast with the view that Christian view that human speech is a gift of God ordained to truth, al-Ghazali flatly declares, “Speaking is a means to achieve objectives.”  “When it is possible to achieve [a praiseworthy] aim by lying but not by telling the truth,” he states, “it is permissible to lie if attaining the goal is permissible, and obligatory to lie if the goal is obligatory,” although “it is religiously more precautionary in all such cases to employ words that give a misleading impression, meaning to intend by one’s words something that is literally true ... while the outward purport of the words deceives the hearer.”

May God grant Islam the grace to escape from views, for unless it can do so, the preconditions for honest discussion are impossible to meet.  But let us return to the question of using violence to compel faith.

Umar Barakat writes, “Jihād means to war against non-Muslims, and is etymologically derived from the word mujahada, signifying warfare to establish the religion.”  To be sure, he adds, “As for the greater jihād, it is spiritual warfare against the lower self (nafs), which is why the Prophet (Allah bless him and give him peace) said as he was returning from jihād, ‘We have returned from the lesser jihād to the greater jihād.’  On the other hand, according to Umar Barakat, the scriptural basis for jihād lies in verses like “Fighting is prescribed for you” and “Slay them wherever you find them,” as well as haditha like the one that says, “I have been commanded to fight people until they testify that there is no god but Allah and that Muhammad is the Messenger of Allah, and perform the prayer, and pay zakat.  If they say it, they have saved their blood and possessions from me, except for the rights of Islam over them.  And their final reckoning is with Allah.”

Plainly, scriptures like the latter refer not to war against the lower self but to war to compel religious belief.  If they supply the basis for jihād, as Umar Barakat asserts, then it would appear that the “lesser” jihād is the central meaning of jihād even if it is the lesser one.  Perhaps the Shāfī’ī school is eccentric, but if so then it behoves the thirty-eight scholars to explain what school of jurisprudence they are following.   To say that Shari’a should be interpreted as prohibiting religious compulsion is laudable; to say that it is normally so interpreted is implausible.

Farouq is right about four things:  First, that violent interpretations of Islam are a genuine problem, not a delusion of persons bigoted against Islam.  Second, that these interpretations are a problem for Islam itself, not just for non-Muslims who are threatened by them.  Third, that the solution to the problem can come only from Muslims.  Fourth, that the multiculturalist refusal to recognize the problems of these doctrines puts everyone at risk.

A translation of most of Wael Farouq’s editorial “He Who Kills Believes in a Specific Doctrine,” may be found in the English version of an article by Sandro Magister, “It Took a Muslim To Say What For Pope and Bishops Is Taboo.”

Pope Benedict XVI’s Regensburg Address, “Faith, Reason, and the University: Memories and Reflections,” may be found at the Vatican website.

Ahmad ibn Naqib al-Misri, Reliance of the Traveler is published by Amana Publications.  This is a collaborative work; only a small part comes from the original manual by al-Misri.