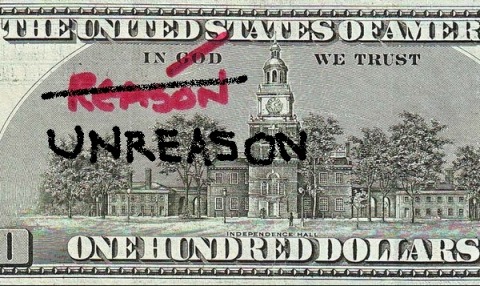 The Liberal state is not neutral about religion, because of some commitment to reason.  In fact it is actively opposed to the practice of reason concerning religion.

Consider the public schools.  Not teaching divine revelation in them is one thing; even Christianity grants that faith requires more than just reason, because faith is a gratuitous gift of God.

But as the Founders of the republic knew, not even mentioning the truths of natural law and natural theology is quite another thing, because these can be known even by reason.  It is unreasonable to disbelieve in a first cause.

This is not quite the same as skepticism, because it does not want anyone to try, either.  If that were encouraged, he might find out.

More is at stake than the schools.  We are in the midst of a great social experiment concerning whether a disestablishmentarian state of affairs will continue.

In the early years of the republic, despite a certain hostility to Catholicism, the state did not enforce a particular view of God.  However, it privileged certain systems of life and belief.  The privileged ones shared a view of God that was creational, monotheistic, moral in a Decalogical sense, and providential, with a high view of the inviolable worth of every human being.  Well and good.

Now, while pretending not to privilege any systems of life and belief, the state tacitly favors what might be called practical atheism, and penalizes contrary views.  To be sure, no one in public life is criticized – yet – just for believing in God.  The point is not so much that there cannot be a God, but that no God is needed and no God can be known.

But woe unto him who thinks believing in God makes a difference.  One is not required to be an atheist.  One is only expected to impersonate one.  Especially in law and the universities.

This masks the fact that Something Else is being elevated to godhood.  Secularism is becoming a religion.  We are growing an inverted confessional state.

Next week we will consider how the sham of neutrality is but a special case of a much larger problem with the modern mentality.

More on this topic: