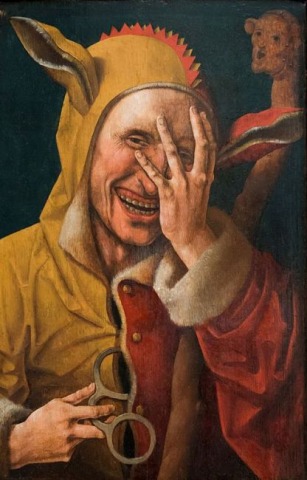 I can doubt that there is a Vermont

I can doubt that I eat my croissant

Though it comes as a shock

And a startling knock

I can doubt anything that I want!

I can doubt whether life is a dream

And whether a song is a scream

To manes red, black, and blonde --

Perhaps nothing is just as it seems.

If I could have truths for a penny

Then surely I’d have a great many

Were they clear, then I’d know

Every one, even though

I just don't, so there must not be any!

And if I could clearly conceive

What were true, then I’d surely believe.

It would matter a lot

What I put in the pot

Of the thoughts to which intellect cleaved.

But since I can’t plainly perceive it

I’m not dutybound to believe it

Since belief is just chatter,

I can equally take it or leave it.

This being the case, I’d be stressed

To think any thought I detest.

Since truth’s not a question,

And just an oppression,

So far as my mind can construe

Giving nothing to fear

And undoubtedly all of it’s true.

Golly, I can doubt anything whatsoever.  Therefore there is no good reason to believe anything.  If there were clear truths, then I wouldn’t have these doubts.  But I do, so there must not be.  Logically, then, it doesn’t matter what I believe.  It would be especially silly to believe anything that would interfere with my desires.  All this, undoubtedly, is true.