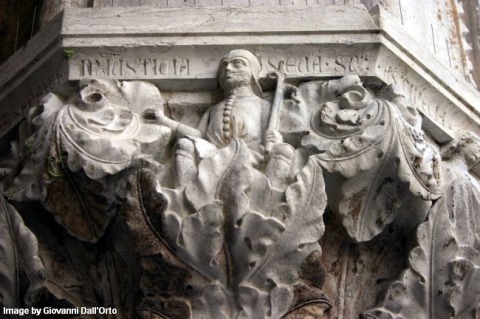 In one of the chapters of his fine book The First Grace, Russell Hittinger points out that although the majority of the U.S. Supreme Court are badly divided about the meaning of the First Amendment religion clauses, they strongly agree about what sort of thing religion is, and they share the same general attitude toward it.  Religion, in their view, is a social phenomenon which is divisive, coercive, and non-rational, and which can mean whatever an individual wants it to mean.  Their attitude toward this terrible thing is just what you would expect:  Extremely skeptical, and often outright hostile.  Wouldn’t you be hostile toward it if you thought that is what it is?

So much for the unity of faith and reason.

Hittinger doesn’t say so, but the majority of the Court uses the term “morality” in the same way.  For example, the notion that there might be reasons behind the ancient civilizational consensus about the nature of marriage is ignored out of existence.  Any attempt to make rational distinctions in such an area is declared to be a baseless prejudice, an irrational “animus,” a project of hatred.

So much for centuries of ethical philosophy.

The irony of the Court’s hostility toward “morality” is that the Court does, in fact, have moral views, and relies on them constantly.  It gives voice to them every time it uses ethically charged words like “ought” and “good” and “should,” without which no case could be decided.  The libel about morality being baseless prejudice is hurled only against those who do have rational grounds for moral judgments.

Tomorrow:  A Dialogue on Natural Law, Part 3 of 10