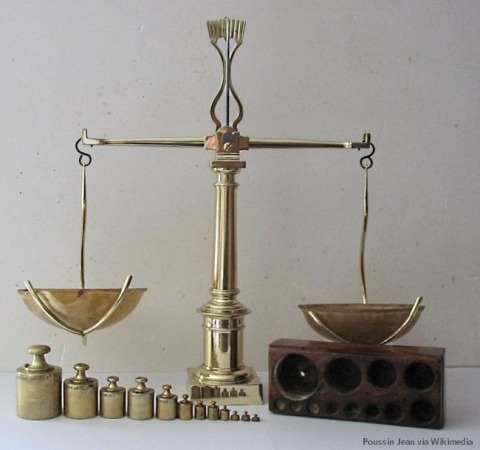 Just a thought on this lazy after-Christmas day – a thought about the lazy demand for short cuts.  One of the most popular supposed short cuts is imagining that we can make our decisions easier by bypassing value judgments and assigning numbers to everything.  Call this the numerical fallacy, or the fallacy of false precision.

I’m not saying that it’s never useful to count things.  More about that later – but if a lot of people are out of work, I want some idea of how many, and if prices are going up, I want some idea of how much.  The problem is that we rely on numbers too much, too carelessly, for too many things, and we trust them far more than we should.  Excessive trust in numbers is part of the technocratic ideology which supposes that government by experts is not political.

The best time to consider examples isn’t when they’re hot, but when they’re not.  You can supply your own hot example.  I'll confine myself to a nice cold one:  From time to time, technocrats of various ilk float the proposal to supplement purely economic indices like inflation, unemployment, and gross national product with some sort of numerical measure of national well-being.  Add that to the list of bad ideas that sound good.

What’s wrong with the idea?  Don’t we need to talk about well-being?  Sure we do.  Isn’t well-being different from sheer wealth?  Obviously.  And isn’t it true that just like wealth, well-being can be more or less?  Of course.  Then wouldn’t a numerical index help us to speak about it with more precision?  No, because it would be false precision, hiding dozens of value judgments behind a façade of scientific neutrality.

For instance, I’m sure that snaky politicians who had ruined the economy and put people out of work would love to be able to point to a well-being index instead of to an unemployment rate.  After all, leisure is an element of well-being -- and just think of all the leisure time that the unemployed enjoy!  It would be easy to rig a well-being index so that unemployment counted as a net plus.  The experts wouldn’t even have to lie about the numbers.  They could count everything according to the rules of the index, and still deliver a misleading picture.

You might think that such difficulties could be avoided by finding honest experts who would develop an index that was value-neutral.  Think again.  There do exist honest experts, but not even an honest one can develop a value-neutral index, for there is no such fish.  One might as well ask for dry water, hot snow, healthy illness, or an even odd number.  There just isn’t a way of generating measurements that isn’t based on value judgments.  The only question is which value judgments it depends on, and how transparently or obscurely it depends on them.

Even measuring the unemployment rate depends on value judgments, for we have to decide how to count people who quit rather than being fired, people who have been offered jobs but turned them down, and people who are no longer looking for work.  So does measuring the inflation rate,  for we have to decide which market basket of goods to consider, how to deal with the fact that consumer buying patterns change over time, and what to do about the fact that prices are among the things that change them.  The advantage of these two familiar statistics isn’t that they are neutral, but that the value judgments which go into them are fewer in number and somewhat less obscure than the myriads which would have to go into any imaginable index of national well-being.

Fortunately, there is an instrument for making judgments:  The human mind.  And there is a way to calibrate it:  Experience, deliberation, debate, and the cultivation of practical wisdom.  Sorry, but there aren’t any short cuts.