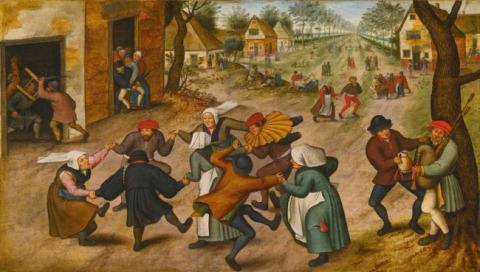 No, he wasn’t deluded about villages.  The solution to the paradox is that although a village might contain fewer sorts of personalities, in a city it is easier to avoid personalities we don’t like.  There are so many of them in the city that we can pick and choose:  Stockbrokers can spend time only with stockbrokers, bookworms with bookworms, single people with single people, drunks with drunks.  Except for mundane necessities of life such as buying groceries, we can limit our contact to persons who are just like us.

So much for Chesterton.  Are you waiting for my own point?  It’s this.  One often hears that the rise of social media has turned the whole world into a village.  In reality it has turned the whole world into a city.  Now, even persons who don’t physically live in cities can find enough people like themselves online to form narrow, self-reinforcing cliques and associate only with those who are in them.

At last, one of the moral disadvantages of city life has become nearly universal!