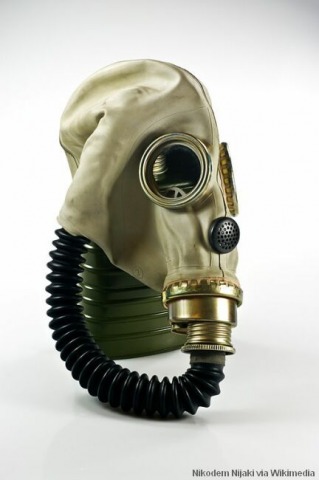 Since the dawn of Covidtide, I’ve been encountering the argument “You don’t have the right to forgo wearing a mask [or whatever else the health czars want you to do] because you don’t have the right to endanger my life.”  Others say “Nearly every act we do potentially endangers someone’s life, so the argument fails.”  I admit that opening a car door isn’t equivalent to preventing a communicable disease, so I wonder about the appropriate response.  What do you think?

Both views are equally absolutist, but they absolutize in opposite directions.  One imprudently says that no risk to health should be tolerated, no matter how small; the other imprudently says that any risk to health should be permitted, no matter how large.  One of these especially appeals to people who think physical life is all there is, and obsess about prolonging it; the other especially to people who think they have a right to do whatever they please, and obsess about having their “autonomy.”

Wouldn’t you say the right course of action depends on circumstances?  If the chance of infecting others with a dangerous disease is very high if I don’t wear a mask, then of course I should wear one.  If the chance is miniscule, it would seem needless.  But the risk of transmission varies.  For example, it’s pretty high in crowded, enclosed spaces with poor air circulation, but pretty small in large spaces with good air circulation -- and it’s virtually nonexistent outside, unless people are packed together (for example, during rioting).

Needless to say, considerations other than health have to be taken into account too.  For example, one of the things that can make a law unjust is that it imposes disproportionate burdens, and excessive and arbitrary social distancing rules can certainly do that.  Unjust laws are not true laws at all, so in themselves they generate no duty to obey.  On the other hand, we should be careful not to behave in such ways that we encourage public disturbance, or set a harmful example of disrespect for law in general.  These can be reasons to obey even unjust rules, so long as they don’t require us to commit intrinsically evil acts.

Then again, in the present circumstances the risk of bad example may go in the other direction.  During the epidemic we have been subjected to a regulatory regime that is more minute, intrusive, inconsistent, and, at times, hysterical, than anything we have ever faced before.  Consider the woman who was tazed recently for resisting wearing a mask at her son’s ball game, even though she was outdoors and very well separated from other people.

But I am not just thinking of rules about face coverings; I am thinking of the whole range of oppressions, such as San Francisco’s rule that only one congregant at a time may worship indoors.  That’s not about “following the science,” but about hatred of religious believers.  In many cases such dictates have been issued by executive fiat, without legislative oversight.  Moreover, in some places citizens have been urged to inform against each other for microscopic infractions.

The danger is that we are allowing the rulers to be arbitrary and oppressive, while encouraging the citizens to be docile to their rulers, to be suspicious of each other, and to believe whatever they are told.