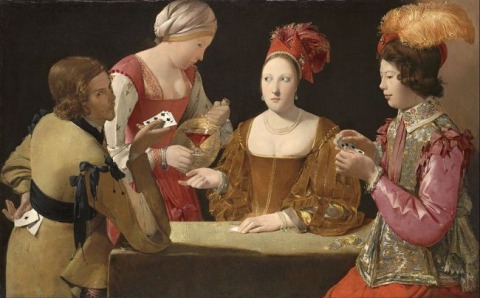 Most young Christians are unfamiliar with their own intellectual traditions.  They are disconcerted when persons of an unserious disposition taunt them with questions like “If God exists, then why is there evil in the world?” or “If God made everything, then who made God?”

It isn’t that these are bad questions, but that we have been answering them for centuries, and persons of the taunting sort aren’t listening.  I would rather have a real conversation than a conversation-stopper.

But if that is the game, it doesn’t hurt to point out that two can play it.  Perhaps it will give young persons a little break from the taunters while they are taking the time to acquire those traditions they ought to have.

If God is a being who can’t not be, then why does He need to have been made?

If God doesn’t exist, then why is there good in the world?

If good and evil are illusions, then why do we have them in the first place?

If ethics is just a trick our genes play on us to get us to cooperate, then why not skip the trick and just have a gene to cooperate?

If morality is just an instinct, then why does it sometimes tell us to resist our other instincts?

If we are nothing but evolved mud, adapted to its environment, then why don’t we feel at home in this world?

If every possible desire is for something in this life, then why, when we get what we wanted, do we ask “Is this all there is?”

If there is no meaning, then considering that seeking nonexistent things is maladaptive, why do we seek meaning?

If the only reason for intelligence is that it helped our ancestors find mates, catch food, and escape from things that might eat them, then why do we also compose fugues and concertos?

If everything is about survival, then why don’t we just kill the old, sick, helpless, and all others who cost resources?

Oh, I forgot.  Perhaps you think we should.