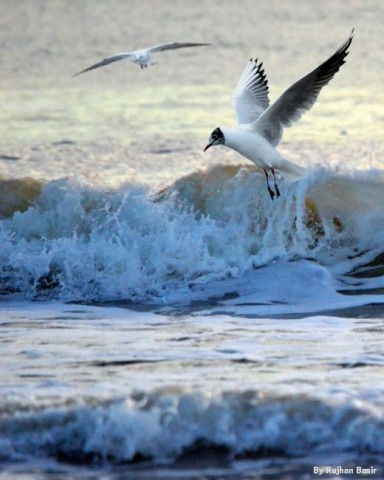 What Is This Longing For?

From Life & Letters, the magazine of the College of Liberal Arts, University of Texas at Austin, ed. Daniel Oppenheimer, 15 June 2022; adapted from J. Budziszewski, How and How Not to Be Happy (Regnery, 2022).

Whoever drinks of this water will thirst again.

In the midst of certain experiences there comes over me a certain longing.  It is a desire for a Far Something that neither fortune nor character can provide.  Often it stirs when I gaze into the face of the moon and starry sky; sometimes, when I look, really look, upon the face of another person.

I see, in retrospect, that I have experienced this longing since childhood.  The desire is not constant in strength, and at times I can almost forget it.  Yet it is profound and compelling.  Not everyone talks about this sort of thing, but probably most people have experienced it, whether while contemplating the celestial courts, like me -- or, say, while walking in a forest, hearing the call of a mourning dove, watching the intricate beauty of a dance, grasping a mathematical truth, or seeing the world reflected in a mirror.

Whittaker Chambers seems to have experienced it upon gazing at the convolutions of his newborn baby’s ear.  C.S. Lewis speaks of “that unnameable something, desire for which pierces us like a rapier at the smell of a bonfire, the sound of wild ducks flying overhead, the title of The Well at the World’s End, the opening lines of Kubla Khan, the morning cobwebs in late summer, or the noise of falling waves.”  Elsewhere he tells how upon reading the first lines of a poem by Henry Wadsworth Longfellow, he “desired with almost sickening intensity something never to be described.”  Longfellow himself describes it as “a feeling of sadness and longing that is not akin to pain.”

Now longing, like certain other passions, is directional.  Just as my anger is at someone, my longing is for something.  So what is this longing for?  To what is it trying to compel me?

Since it so often comes while I am gazing at the moon, is it a desire for the moon?  Surely not.  If title to the earth’s satellite could be signed over to me and I could keep the moon in my garage, the longing would not be satisfied.

What you want is to experience the moon’s beauty.  This most obvious suggestion can’t be right, because whenever I gaze at the moon, I am already beholding its beauty.  If what I wanted was to behold it, then I would be satisfied.

What you want is to go there.  I believed this when I was a boy, devouring stories of outer space and travel to the stars.  I have no doubt that setting foot on our silver sister would produce a sense of accomplishment and a temporary exultation.  But would it fulfill the longing that I felt and still feel in looking up at the moon?  I doubt it.

What you want is the sublime and the unattainable as such.  Now there is something to this theory.  Among other things, this is the whole basis of the romantic strategy of playing hard to get.  Yet what does it really explain?  To want something is to want to have it, and to pursue something is to want to catch it.  Who in his right mind would tell a thirsty man how lucky he was that whenever he reached for a drink the water was withdrawn?

You are merely experiencing the sublimation of your longing for a woman.  People who have read too much Freud think every mysterious longing is a disguise for libido.  Having been married for 50 years, I have found love sweet, but I still experience the other longing too.

You are merely experiencing a genetically programmed response to the sight of faraway things and open spaces.  So-called evolutionary psychologists try to explain our sense of beauty in terms of adaption to the wide-open spaces of the savannah.   Tell me the adaptive value of being moved to tears by Bach’s Air on the String of G.

You want to experience not just something beautiful, but the ideal of beauty that lies beyond beautiful things.  Here I think we come closer to the truth, though it depends on the meaning of “ideal.”  Loveliness is such a massive and bewitching reality that at times it threatens to undo us.

And here is the thing about loveliness: It seems to point beyond itself.  The perishable sings to us of imperishability:

The word “confession” at the end of this passage is meant literally, for Augustine, its author, views beautiful things as wordless, poignant witnesses.  He asks, “Who made these beautiful transitory things unless it be the unchanging Beauty?”  Let us put off trying to answer his rhetorical question for now.  At the moment I am not concerned to say whether these beautiful transitory things really do confess something beyond themselves; it is enough for the argument that they seem to.  Just for now, consider it an illusion if you wish.

For because of this inescapable seeming—whether or not it is grounded in reality—these beautiful things will never be enough for us no matter how much of them we have.  The greater the beauty, the greater the sense of a still greater beauty beyond, behind, or above them.

I can spend all day looking at the beautiful earth and sea, until I no longer want to.  I can tire myself out feeling the breath of the beautiful air, diffused and spread abroad.  I can take in so much of the arrangement of the constellations that I need to go indoors and catch my breath.  Yet the longing for that something more will follow me inside.  It may hide itself from me for days on end, and then strike me like a blow.

I hope I am not misleading anyone by speaking so much about the face of the moon.  The mysterious longing for something more can be stirred by all sorts of things, like the intricacy of a baby’s ear or the face of the beloved.  In fact, it can be stirred by almost anything.  In certain moods, the sense of the significance of a grain of dust can hit like the blow of a hammer.

In every one of these cases, we suffer a tendency to mistaken identification, a confusion between some ordinary desire, on one hand, and on the other what we may call the transcendental thirst.  I may be moved to my depths by contemplating the miracle of water, but although taking a sip may quench my physical thirst, it will not quench my transcendental thirst.  I may be transported by the sight of great works of art, and while I may have joy in possessing them -- a joy, by the way, that fades -- I will still be haunted by that astringent longing for something that I first thought must be the works themselves, or at least the beauty of them, but is really something else.  The desire for each thing can be satisfied by that thing, yet the desire of which I speak will persist.

I do not say that everyone will recognize this experience.  I do think that everyone has it— whether or not he accepts where the argument is going.

For the argument is going somewhere, and I may not want to go there.  I may tell myself that my problem lies only in not yet having enough of whatever I want.  For example, if the inexpressible desire is inflamed in me by great works of art, I may think my problem is that I don’t want merely an object of beauty, or even a houseful of objects of beauty -- but all beauty!  And “all beauty” is a pretty good description of the transcendental longing, at least as some people experience it.  But I will not have “all beauty” even if I do possess every beautiful thing that there is.  Beauty isn’t an aggregate.  It isn’t an agglomeration.  It isn’t an attribute of a heap.

But it doesn’t matter how much in this world we possess, or what we possess.  It is never enough.  It cannot be enough.  Let there be no misunderstanding: I am not merely saying that desire is infinite, as some economists say.  It is closer to the truth to say that what we desire is The Infinite -- and even this is misleading if “The Infinite” is taken to mean merely “more and more and more.”

The problem is not just that however much I have of what I want, I want still more of it—in fact, not everyone does have that problem!  Rather it is that whatever I have and however much I have, I want something else, something in some sense beyond, something that by its very nature lacks the limitations of the goods we meet in the ordinary course of life.  But if this is true, then nothing in our natural experience can make us fully happy.  Not even virtue plus “everything else” can lull all desire, for while things that are this can refract the strange longing for that and fan it into flame, they can never quench it.  Things in this world cannot be more than they are.  No creature of nature, no fruit of our minds, no work of our hands will suffice.  If there is no beyond, if it is all a delusion, then we are just out of luck.