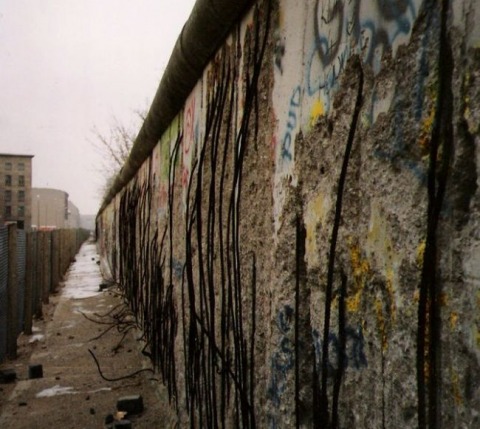 Last week, in writing about whether an atheist can be a moral realist, I commented that although, by our own efforts, we can make some progress toward virtue, eventually we always hit a wall.  This is a very Christian view of our weakness, but many of the great moral thinkers would have rejected it.  Aristotle, for example, seems to think that only the weak and incontinent hit a wall; gentlemen like himself can do better.

I think everyone faces that wall.  But why?  There is more than one reason for it.  Allow me to explain just one of them.  But it is a big one.

We less-than-perfect people are not merely more-or-less-close approximations of perfect people.  Typically, our more-or-less good qualities and our clearly bad qualities are mutually dependent on each other.  The paradoxical result is that, as in the parable of the man possessed by a devil, expelling one vice may open the door to seven others, each worse than the first.  A few stories will show why.

Story one.  A scrupulously upright man, devoted to the true and the good, is put in power.  He uses this power, however, to persecute others in the name of virtue.  What we have in the man of my story is an out-and-out vice – self-righteousness – drawing strength from a badly flawed version of a genuine virtue -- zeal.  The apparent moral is that the man is simply not virtuous enough:  Keep the virtue but get rid of the vice, and he will be all right.  But is it that simple?  The next story raises doubts.

Story two.  A precocious child, considered peculiar by his classmates, is relentlessly ridiculed.  Fearing rejection, he unconsciously cultivates feelings of personal superiority and contempt for others as a defense.  So it goes for years.  Then, in maturity, he gains enough self-understanding to recognize contemptuous pride as a vice.  Strenuously attempting the unfamiliar virtue of humility, he meets with some success.  But his contemptuousness had always protected him.  As that fence goes down, his insecurity invades all over again; the unresolved childhood fear of rejection returns.  Fear of rejection, in turn, makes him even more uncharitable than his contemptuousness did before.  What we have here is not a vice making use of a virtue, as in the previous story, but a vice protecting what little virtue there is against other vices that are even worse.

Story three.  As Augustine of Hippo noticed, what the Romans called virtue was really a vicious craving for glory, for the approval of others who think well of one.  This vice helped prop up the Roman republic, because the political class could win glory by performing deeds of conspicuous benefit to the commonwealth.  In this way, the vice of glory protected against other vices that were even worse.  The problem was twofold.  First, this strategy worked only because some little bit of real virtue remained; otherwise, one might pursue glory by foul means rather than fair.  Second, indulging the itch for glory gradually undermined that little bit of real virtue, so that one did use foul means, for example buying votes.  At that point the entire motivational structure begins to collapse, as the political class comes to lust not after simple glory, but after wealth and power.  The curtain fell on the republic.

Story four.  Our society has a version of the Roman strategy too, but in our case the vice that protects against still worse vices is the lust for wealth itself.  As Adam Smith noticed, the sheer desire for acquisition, as though by an invisible hand, can motivate people to benefit others, not because they love them but because that is how they earn a profit.  Just as in the Roman case, this strategy works only if there a little bit of virtue remains; otherwise, one might pursue wealth by fraud and by governmental favors rather instead of by making a better and cheaper product.  Just as in the Roman case, indulging the itch for wealth eventually undermines that little bit of virtue; today our corporations compete by gaming the system of regulations and subsidies.  And just as in the Roman case, at this point the whole motivational structure begins to collapse, and the elite classes begin to scratch far baser itches than simple desire for honest profit.

But let’s get back to individual souls.  It looks now as though the apparent moral we drew from the first story needs revision.  “Keeping the virtue but getting rid of the vice” will reliably make a person “all right” only if the vice he gets rid of is the only one he has, which is very unlikely.  If it isn't the only one, then it may be -- I venture to say that it probably is – merely a single part of a strategy for maintaining a kind of equilibrium among his out-and-out vices and his badly flawed virtues.  Upsetting the equilibrium will trigger a sort of inner rockslide at the end of which he has merely reached a new equilibrium, one which may even be worse.

If all this is true, we may draw two main conclusions.

First.  Because moral imperfection is a matter not merely of missing virtues, but of mutual dependence between out-and-out vices and badly flawed virtues, the linear, accumulative picture of moral development, in which more and more virtues are added while more and more vices are shed, is misleading.  It isn’t enough to add the former and shed the latter.  An entire dynamical system – an entire moral economy – must be replaced by another.  Even if the change takes place gradually, we are not talking about mere improvement.  We are talking about conversion.  And we are not very good at converting ourselves.

Second.  Suppose that because we disbelieve in the possibility of divine assistance, we reject the possibility of conversion.  Then we will have to “settle” for an equilibrium between our out-and-out vices and our badly flawed virtues.  But all such equilibria are structurally unstable.  As we have seen, typically they employ a leading vice to check even worse vices.  The ability of the leading vice to do this depends on a residuum of virtue, and reliance on the leading vice undermines this residuum.  So if we refuse to be converted -- to be made not a little bit better but radically better – then in the long run we are likely to become worse.

The Lower Is Not the More Solid