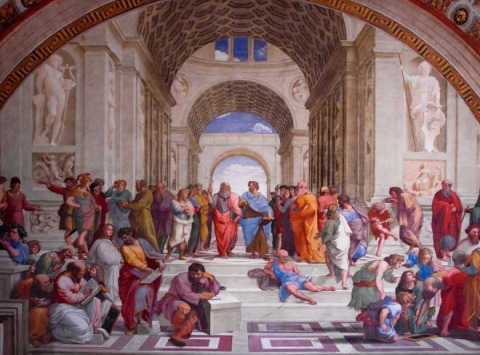 “Now, some claim that these poets and philosophers, and especially Plato, did not understand these matters in the way their words sound on the surface, but wished to conceal their wisdom under certain fables and enigmatic statements.  Moreover, they claim that Aristotle's custom in many cases was not to object against their understanding, which was sound, but against their words, lest anyone should fall into error on account of their way of speaking.  So says Simplicius in his Commentary.  But Alexander held that Plato and the other early philosophers understood the matter just as the words sound literally, and that Aristotle undertook to argue not only against their words but against their understanding as well.

-- Thomas Aquinas, On the Heavens